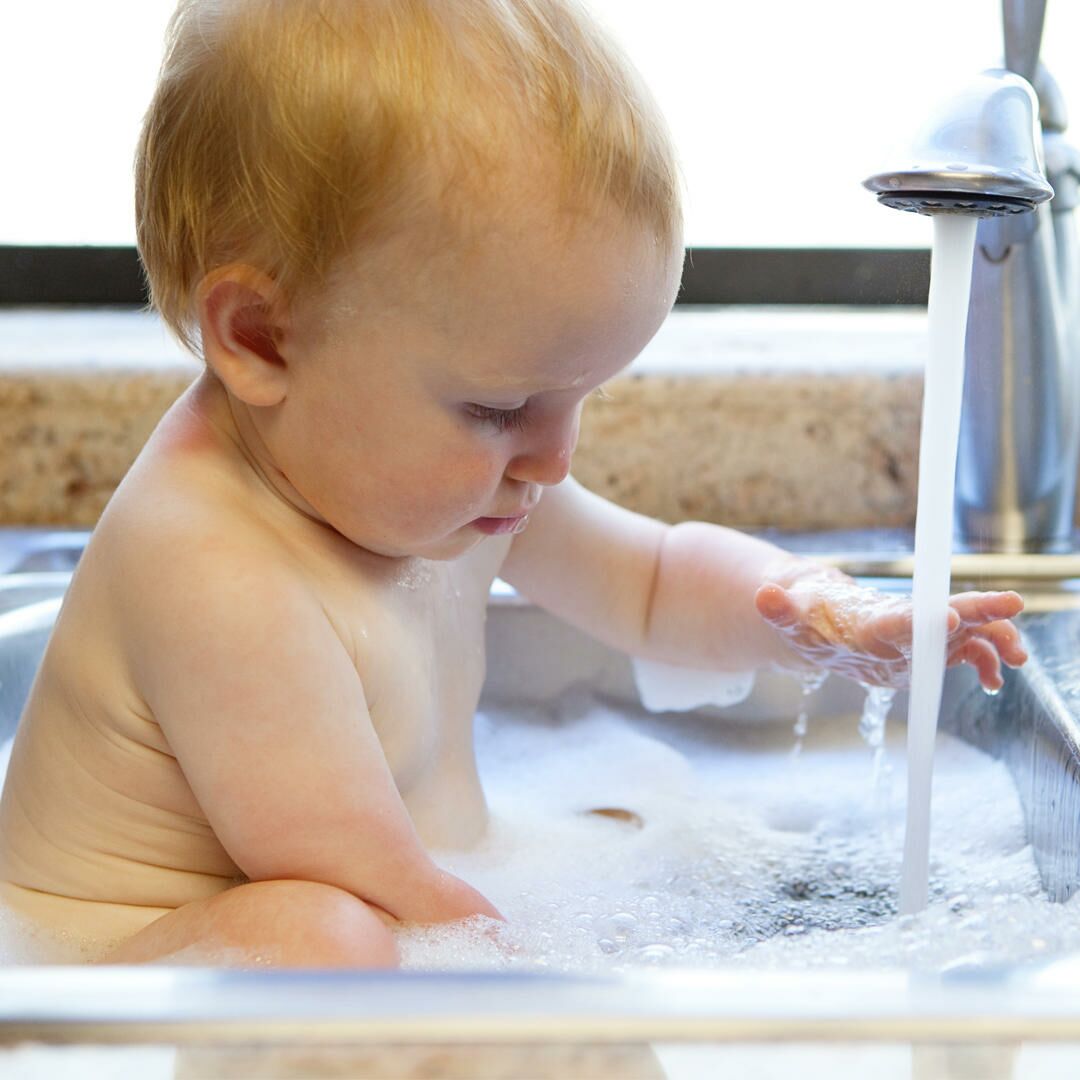 Kitchen sink baths are nothing out of the ordinary for babies. So why is this one going viral? It was the happy ending to a scary situation after state troopers rescued a baby from the back seat of an alleged DUI driver’s car.

Princeton, West Virginia, troopers were making a DUI arrest Tuesday evening when they noticed a passenger in the back seat. A one-year-old baby boy was in his car seat, covered in vomit. The troopers took the baby, who they say appeared sick for some time, back to their headquarters for some playtime and a much-needed bath.

“As a father myself, I couldn’t let it sit in its own urine and feces and vomit,” Senior Trooper D.C. Graham tells WVNS-TV. “So I went ahead and drew a bath in the sink of the detachment and was able to clean him up a little bit and get him feeling a little bit better.”

The child was soon all smiles. And so was Graham.

As for the driver? He or she faces a charge of DUI with a minor. The baby has since been placed with a legal guardian and is under the supervision of Child Protective Services.