Study Suggests Light Drinking During Pregnancy Okay — but Would You Do It? 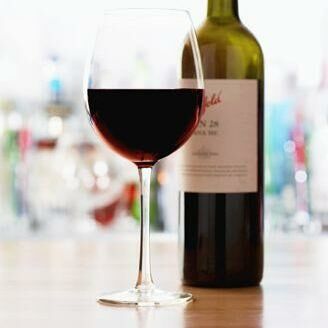 A new study, published today in BJOG: An International Journal of Obstetrics and Gynecology, suggests that light drinking during pregnancy is not linked to adverse behavioral and cognitive outcomes for children during their childhood.

The data, collected from the Millennium Cohort Study —  a national study on infants born in the United Kingdom between 2000 and 2002 — assessed whether or not light drinking (up to two units of alcohol per week, but no more) during pregnancy was linked to “unfavorable developmental outcomes in 7-year-old children.”

Researchers from the University College London gathered information from 10,534 7-year-olds from home-visit interviews and questionnaires (which were completed by parents and teachers) to identify social and emotional behavioral problems, which they detailed as hyperactivity, attention or conduct difficulties. Children were also tested for the cognitive performance in math, reading and spatial skills.

From what they gathered, researchers concluded that though children born to light drinkers appeared to have lower developmental profiles when compared to those born to mothers who did not drink during their pregnancies, after statistical adjustments these differences largely disappeared.

Co-author of the study, Professor Yvonne Kelly, said, “There appears to be no increased risk of negative impacts of light drinking in pregnancy on behaviural or cognitive development in 7-year-old children. We need to understand more about how children’s environments influence their behavioral and intellectual development. While we have followed these children for the first seven years of their lives, further research is needed to detect whether any adverse effects of low levels of alcohol consumption in pregnancy emerge later in childhood.”

In the past, previous research had linked heavy alcohol consumption during pregnancy with development and health problems for children, however, the effects of low-level consumption of alcohol during pregnancy remains unclear. Kelly’s team of researchers further proved that point — as well as the need for further studies to dig deeper and determine the effects.

While the study is infinitely interesting, the results are far from conclusive. Researchers agree that the need more further studies is only more apparent from the conclusions drawn in the UK. While it’s still unclear how much is really safe, doctors recommend that your safest option is to abstain from alcohol entirely.

Deputy Editor-in-Chief of the BJOG, which published the study, did note that the study was consistent with the health guidelines in the United Kingdom — which says that expectant women can have up to two units of alcohol a week. Though he did express the need for more research, saying, “it remains unclear as to what level of alcohol consumption may have adverse outcomes so this should not alter current advice. If women are worried about consumption levels the safest option would be to abstain from drinking during pregnancy.”

Moms, speak up: How do you feel about light drinking during pregnancy?