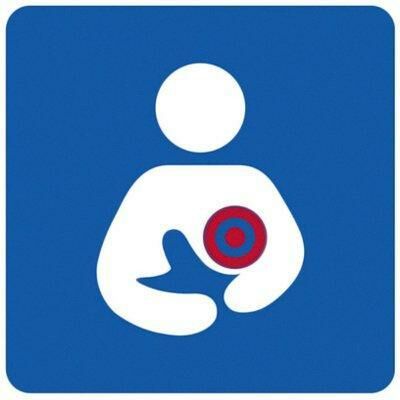 Reactions to a recent viral video of a woman breastfeeding in Target seem to fall into two categories:

According to mom Jessie Maher, who recorded much of the incident from her phone, the initial encounter with her shamer was ugly.

“Before the video started rolling he looked at me and said (very angrily), "Can’t you do that somewhere else? That’s f**king disgusting. You are nasty,” she posted on Facebook.

Maher asked the man to leave her alone, but he came closer, badgering her with profanity.

“By this point everyone came to my defense! Target staff and shoppers. Then I started rolling the camera,” Maher continues in her post. She says she was shaking as a result of the exchange.

A female Target shopper is seen coming over to defend Maher.

A trio of Target employees emerge to assess the situation, ultimately guiding the disgruntled man out of the seating area where Maher was breastfeeding.

“I’m good, I’m feeding my baby, we’re chill,” she says to the camera. “And I’ve got some defending women around me.”

Within comments on her post, Maher also credits the Target employees, specifically a male employee who she described as “so sweet…He kept saying, ‘It’s your right to nurse wherever you want here.’”

Guests may openly breastfeed in our stores or ask where they can go to breastfeed their child. When this happens, remember these points:

“At Target, we want all of our guests to feel comfortable shopping with us. Our breastfeeding policy, which applies to all stores, is just one of the ways in which we support our guests,” Kristy Welker of Target’s public relations team tells The Bump. “Guests who choose to breastfeed in public areas of the store are welcome to do so without being made to feel uncomfortable. For this particular incident, the team members at the Torrington store were simply helping to ensure this guest and others had a great experience.”

Another day, another example of Target being family-friendly. That breastfeeding shamer better realize it’s 2016. If he doesn’t like it, he can shop online from home.

How to Care for Baby's Skin, According to Experienced Parents