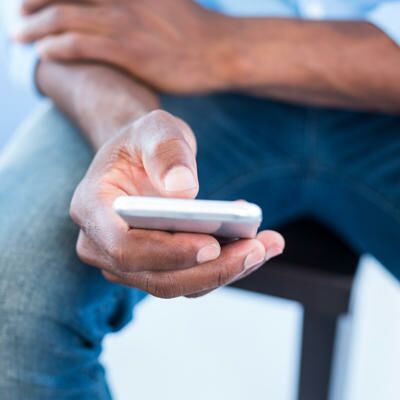 “Sorry, you have the wrong number,” is usually the kindest response you’ll receive after sending an accidental text message. More often than not, silence is the course of action. But when Dennis Williams was the unintended recipient of a birth announcement text earlier this month, he and his brother Deorick responded as if they were part of the family, swinging by during hospital visiting hours to drop off a gift.

Thanks to Jimmy Kimmel, we finally have some updates about exactly what went down.

What the brothers were plannning on doing that day: Getting tattoos.
What gifts did they bring? Diapers and a pacifier.
Did they get to hold the baby? Actually, they never even saw the baby.
Were they high when they made the decision to visit the hospital? No!

Deorick shared screen shots of the text message exchange on Facebook where it quickly went viral. Apparently, a relative of the couple who welcomed a baby was sending updates to a group message. But one of the numbers didn’t belong to who she thought it did.

To the delight of the couple, identified by Fox News as Lindsey and Mark Lashley, the Williams brothers did pay the new baby, Cason Knox, a visit.

Deorick shared a screenshot of a Facebook status reportedly posted by the baby’s grandmother, Teresa Lashley, in which she admitted to her text message mistake and thanked the brothers for their kindness.

“What a blessing these guys were to our family,” Lashley writes. “They were so sweet and kind to do this! You two are great guys and thank you for giving to someone you didn’t know.”