‘the Bachelorette’s DeAnna Pappas Stagliano Is a Mom! Check Out Her Daughter’s Old-School Name 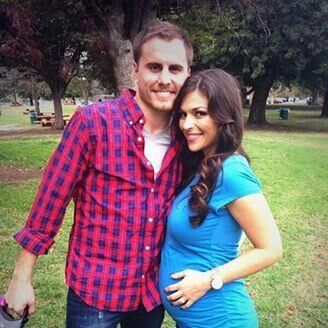 If you’re a fan of The Bachelorette, get excited! Former Bachelorette star DeAnna Pappas Stagliano gave birth to her first child on Thursday. Her husband, Stephen Stagliano, tweeted about the arrival of their daughter, Addison Marie , on Saturday.

He said, “Our little angel is here! Daddy now has two loves in his life! Thank you all for the love and support.” The couple named their daughter after DeAnna’s late mother, who passed when the reality star was 12-years-old. Addison is a lovely old-school name that’s now resurfacing as a popular moniker for girls. We love the name and DeAnna’s cherished meaning behind it.

And as far as the couple being completely in love with Addison, there’s no doubt about it. Stephen’s Twitter is full of cute pictures of Addison, or Addi Bear, as he adorably calls her:

Would you ever name your child after an immediate family member?