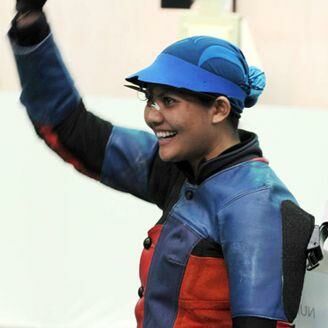 There’s a Pregnant Olympic Athlete! Check Out Her Story

At the London 2012 Summer Olympics, we'll be cheering on Nur Suryani Mohamed Taibi, a 10-meter air rifle shooter from Malaysia who'll be 33-weeks pregnant when she competes in the games.

According to The New York Times, Nur Suryani found out she was pregnant in January, two days before she qualified for the Olympics, and she joins an elite few women who've competed in the games while expecting. (The _Times _could only find three, and they were all Winter Games athletes.)

We know, we know. It's not like Nur Suryani is a gymnast or a marathon runner but pregnancy does affect your center of gravity, something that could trip you up while rifle shooting. However, Nur Suryani says her performance has actually improved.

“One advantage that I’ve seen is that my stability increased — maybe because my gravity increased, my weight increased,” she said.

The biggest obstacle she seems to be worried about is the baby kicking while she's shooting. So how's she going to try to prevent that? “I will talk to her, say, ‘Mum is going to shoot just for a while. Can you just be calm?”’ Nur Suryani says.

Nur Suryani did have to convince the Malaysian sporting authorities that she could safely travel to London and would perform well there. But she got the spot she deserved on the team.

“I said, ‘I got the qualification, so it’s mine,”’ said Nur Suryani. “For me nothing is impossible... It’s one of the challenges. If I abandoned it, maybe who knows? Another four years to wait, maybe I don’t have the opportunity.”

Has your pregnancy given you any obstacles in your job or other activities? How did you handle it?