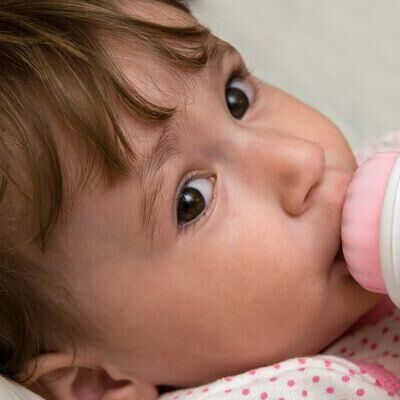 You’d think these baby products would be all clear for baby’s use, but a new study in Pediatrics, “Injuries Associated with Bottles, Pacifiers and Sippy Cups” suggests that babies moving around while carrying a bottle, pacifier or sippy cup might be prone to serious injuries. According to the National Electronic Injury Surveillance System (which is a survey of about 100 hospitals nationwide), over 45,000 children under the age of three were treated in the emergency room between 1991-2010 — that’s one child every four hours. Of these injuries, 86 percent occurred from falls while using the products and 83 percent of the falls resulted in injuries to the mouth and face. Two-thirds of these injuries happened among one-year-olds, who are most unstable while walking. Injuries included bruising and minor dental damage.

The American Academy of Pediatrics recommends making the transition from bottle cup by the time baby’s one year old to prevent injuries and help baby get used to them more quickly. The AAP also recommends weaning babies off pacifiers between six to 12 months old. Parents can prevent injuries by keeping a close eye on their babies while they’re using bottles, pacifiers or sippy cups. Also, if possible, parents should keep their child seated when drinking.

Do you monitor your baby when he’s using a pacifier, sippy cup or bottle? Are you worried about baby injuring himself while using these products?