This US Track Star Ran 800 Meters How Many Months Pregnant? 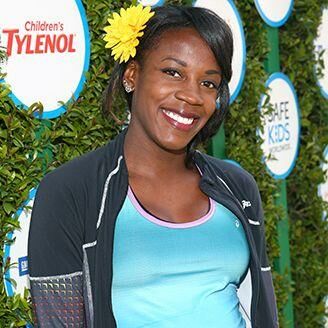 If you’re in need of some pregnancy inspiration, look no further than Alysia Montano. She’s a US Track and Field Championship runner who ran 800 meters in 2 minutes and 32 seconds on Thursday in Sacramento, California — and she’s almost nine months pregnant.

Once you pick your jaw up off the floor, get this: The five-time national champion’s race time was only 35 seconds slower than when she ran 800 meters in 1 minute and 57 seconds in 2010.

Even though she came in last in her heat this week, you can bet that everyone in the crowd was cheering for Alysia when she crossed the finish line.

“I’ve been running throughout my pregnancy and I felt really, really good during the whole process,” Alysia says in an AP report. “I just didn’t want to get lapped and be the first person to get lapped in the 800.”

She didn’t get lapped (partly because she’s awesome) and partly because she consulted with doctors and physicians first to set up a fitness plan for running, which they all encouraged her to do.

“That took away any fear of what the outside world might think about a woman running during her pregnancy,” Alysia says. “What I found out mostly was that exercising during pregnancy is actually much better for the mom and the baby. … I did all the things I normally do … I just happened to be pregnant. This is my normal this year.”

While not every prenatal workout is safe, it’s important to get 30 minutes of activity five days a week for energy boosts and to keep healthy. Always consult with your doctor first to set up the best individual  pregnancy workout plan for you (not everyone is trained to run 800 meters in two minutes!).

What are your favorite pregnancy exercises?

J.K. Rowling’s New Website Wants to Bring Some Magic to Your Quarantine