Three-Parent IVF Is About a Year Away 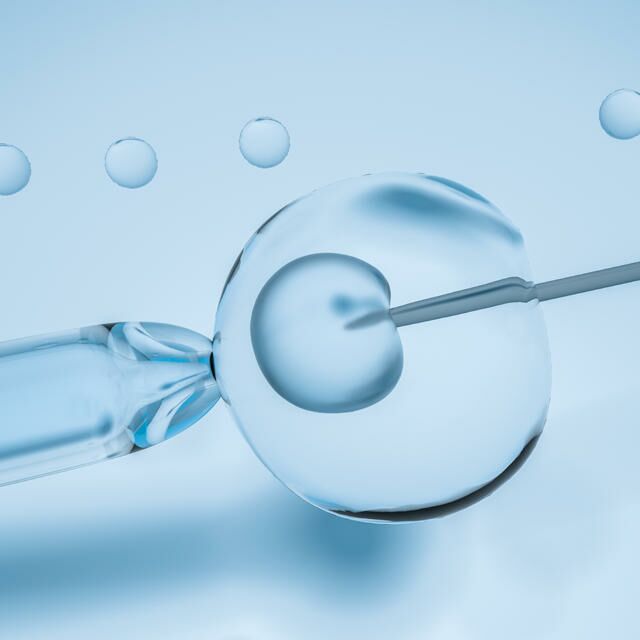 Those familiar with infertility and assisted reproductive technology (ART) are certainly aware of sperm and egg donors—but what about DNA donors? An ART procedure—commonly referred to as “ three-parent IVF” because a baby is born with genes from its mother, father and a donor—has reached a new milestone: Researchers announced they’ve successfully tested a method called mitochondrial replacement therapy (MRT) on human embryos, meaning the first three-parent baby could become a reality within the next year or two.

During the MRT method, an embryo’s faulty mitochondrial DNA—which can be passed down from the mother and cause problems like brain damage, heart failure and blindness—is removed. It’s then replaced with healthy mitochondrial DNA from a donor. Until last year, legal issues kept the team at the UK’s Newcastle University in the research phase of three-parent IVF. Some objections included ethical concerns, fearing parents will begin to handpick certain traits to create “designer babies,” but the intention is to offer relief for couples worried about passing on genetic faults and incurable diseases to their children.

The British House of Commons approved a bill to move three-parent IVF along in February 2015, and since then, Newcastle University researchers have performed 200 successful MRT procedures, 79 percent of which yielded test embryos with less than 2 percent faulty mitochondria. (For reference, anything less than 30 percent typically doesn’t lead to degenerative diseases.)

But what does this mean for reproductive treatments in the United States? While an FDA advisory panel approved MRT in February, the US congressional budget prevents allocating federal funding for use on human embryo experimentation. Jason M. Franasiak, MD, FACOG, with the Reproductive Medical Associates of New Jersey (RMANJ) says it remains to be seen what will happen next in the US.

“In reproductive sciences in general, there are always new techniques that come out and hold the promise of building healthy families,” Franasiak tells The Bump. “This concept of MRT is something that has certainly caught a lot of press, but the FDA will need to look very carefully at the safety data [from the Newcastle findings].”

Fertility clinics in the US routinely recommend genetic testing to patients, in which embryos are screened for certain genetic diseases and chromosomal abnormalities before IVF. But mitochondrial abnormalities—the impetus for three-parent IVF—can be tricky to screen for before embryo implantation because the problem gene might not even appear until later in development. Mitochondrial problems are typically genetic and unpreventable, affecting about 1 in 4,000 babies each year.

“Because mitochondrial diseases are relatively rare, this is not something your typical patient who comes in for treatment asks about,” Franasiak says. “We want to do all that we can to implement these cutting-edge technologies, but it has to be done in the right way, and in a way that ensures we’re not causing any long-term problems to a child.”

The long-term effects of MRT have yet to be determined. For that reason, Newcastle researchers plan to work strictly with male embryos for the next generation, since only females pass on faulty mitochondria.