‘I Didn’t Like My Kids’: Mom Opens Up About Postpartum Depression

She had some dark days after her baby was born—and she’s not alone.
ByAshley Edwards Walker
Contributing Writer
PublishedJun 2018 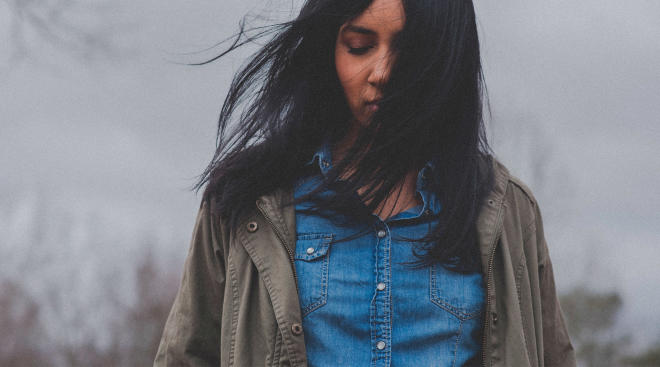 Postpartum depression is a serious and common illness, affecting roughly 600,000 women in the US every year. And yet for a long time, people were reluctant to talk about it. Thankfully, the tide is turning—and mom blogger Tiffany Jenkins is the latest voice to join the conversation. She opened up about her brush with postpartum depression in a brutally honest post, and the response has been overwhelming.

Jenkins bravely took to Facebook earlier this week to get real about some of her darkest days following the birth of her daughter Chloe. In the post—which has racked up more than 68,000 likes, 21,000 shares and hundreds of comments—she shared a photo of her breastfeeding Chloe while cuddling her toddler Kaiden. Cute, right?

“I did not like my children when this photo was taken,” the caption reads. “I actually resented them for existing. Kaiden was 17 months old and Chloe one month, and I didn’t want to be their mother. I didn’t want to change their diapers, feed them and, most of the time, I wanted to leave them in their cribs and run out the door, never to return.”

Shocking? Yes—even to Jenkins herself.

“I know that some of your jaws are hanging open, and some of you are probably disgusted, thinking, ‘How the hell can someone dislike their own children?’” she says. “I know, it’s effed up, which is why it took me so long to tell anybody about it.”

Like a lot of women, Jenkins admits she was ashamed of how she was feeling, which kept her from talking to anyone about what she was going through, including her husband.

“I remained silent and buried my thoughts,” she continues. “I smiled for photos and mustered false admiration when someone would fawn over them. I cried often—most of the day, actually. I questioned my sanity and constantly berated myself for being such a shitty person. I screamed, I hid, I let them cry and pulled my hair out. I didn’t want them anymore.”

The final straw came when Jenkins seriously contemplated leaving her children alone in their cribs to “cry and soil themselves,” she says. Instead, she called her doctor.

“The moment my favorite receptionist answered I broke down in tears,” she writes. “I told her I didn’t want to be a mom anymore and she told me to come in immediately. I did. The doctor spoke to me about postpartum depression as if he’d had this conversation thousands of times.”

He probably had. According to the American Psychological Association, as many as one in seven women experience postpartum depression. “I wasn’t crazy. Something was wrong with my brain. Something I couldn’t fix alone,” Jenkins says. “My doctor and I fixed it together.”

Chloe is now 2 and Kaiden is 3, and Jenkins is doing much better. “I love and adore them so much that my heart physically aches when I think of them,” she writes. “I would give my life for them without blinking.” She says the greatest gift she’s ever given her kids as a mother was reaching out for help—and she’s encouraging others to do the same.

Jenkins’ message has hit home for a lot of other moms out there, and they’re showing an outpouring of support.

“You wrote this for me!,” one commenter says. “I wanted our baby girl so bad before she was born…and then she came. And I desperately wanted to give her back. And I hated myself for that.”

“Currently recovering postpartum depression,” another mom posted. “It turns out it can last for years if you don’t reach out.”

The good news is postpartum depression is absolutely treatable—and the sooner you get diagnosed, the sooner you can feel better. Think you or a loved one might be at risk? Head here to read more about symptoms and treatment options.