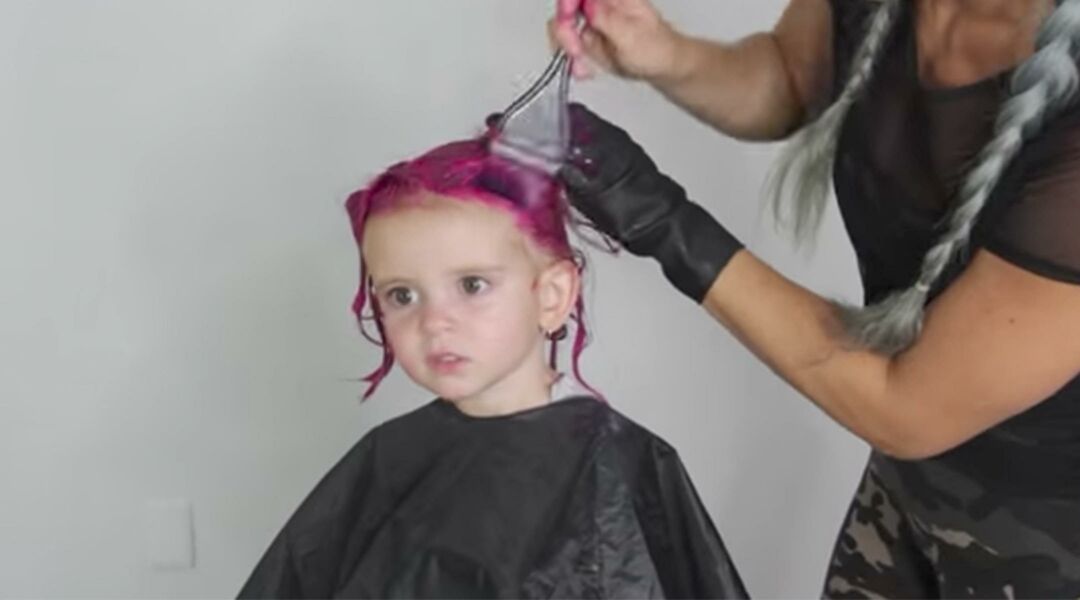 Extreme parenting is sort of Charity Grace LeBlanc’s style. The mom of two built a rock wall next to her son’s bed. She does pull-ups with her daughter. So dying her daughter’s hair seems like the last thing on her Instagram feed that would generate attention.

After LeBlanc dyed her 2-year-old’s hair hot pink earlier this month—and asked her followers, ‘Would you let your daughter do this!?’—criticism ran rampant in the comments.

“I just don't believe in colouring children's hair,” reads one comment. “She is still beautiful no matter what. She was beautiful just the way she was..if she asked for silicone fillers in her crop top would you allow her to wear it just because she wants to express herself? We are parents first, not friends, and it's our duty to raise them as confident young children in their own skin.”

Others call out how hair dye can be harmful.

“This is so irresponsible of you. Of course she's going to want it...she’s a kid! She doesn’t know what she wants! And you, the parent, should know better! She’s going to be bald by the age of 20.”

It’s worth noting that LeBlanc used a vegan, semi-permanent brand of hair dye called Manic Panic. As she explains in her YouTube tutorial, it washes out in three to four days. And because 2-year-old Felicity is “still really little,’ LeBlanc didn’t lighten or bleach her hair first.

“I love this; my 5-year-old has asked me to do this to her hair also,” says another. “It's a fun way to bond and have fun with your child. As long as it's not damaging her hair (which it's not) then it's fine.”

It looks like hair dying is the ear piercing of 2017. Someone will always have something to say. But what’s right for your family is up to you.