They pick up on more cues than you think.
Save article
ByStephanie Grassullo
Associate Editor
PublishedApr 2019 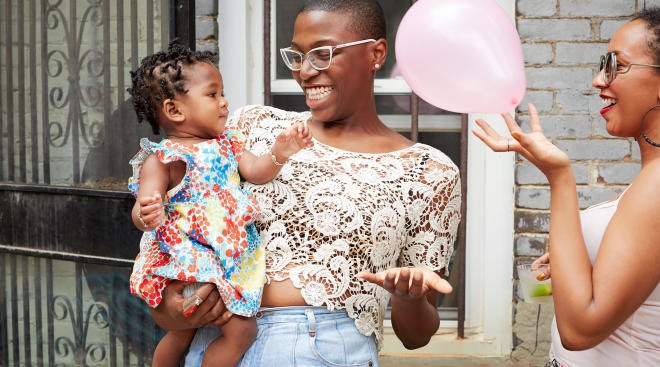 Kids are wise beyond their years. Instantly after meeting someone they’ll make friends, or, in some cases, enemies. Their keen eye for perception starts as early as when they are 3 years old, according to a recent study by the American Psychological Association.

The findings were recorded in the journal Development, and say kids tend to look at faces first for clues about whether a person is kind, friendly or talented. While those first impression judgments may not be accurate, researchers say they have real consequences. Previous studies have shown adults to make decisions on politics or job hiring based off of a person’s facial features. Up until now, it was unknown whether the same held true for children.

For this study, researchers investigated whether children would be able to predict the type of behavior associated with a specific face. Kids and adults were shown faces designed to be perceived as trustworthy or untrustworthy, dominant or submissive and competent or incompetent. They were then asked questions about each of the faces, including if they thought they were nice or mean or looked strong.

Kids who were 3 years old and older, including adults, made the stereotypical character judgment 88 percent of the time. They perceived the trustworthy and competent faces as “nice,” and the untrustworthy and incompetent faces as “mean.” Kids who were 5 years old and older went a step further. This group also paired faces with the stereotypical behaviors. For example, they picked a dominant-looking face as someone who could pick up heavy things. And the older a child was, the more likely they were to pair a face with a stereotypical behavior.

A second set of experiments then examined how children would behave toward people based on facial appearance. The participants looked at pairs of faces perceived to be trustworthy or untrustworthy and dominant or submissive, and were asked to pick which person they would rather give a gift to. They all seemed to lean a certain way.

"By age 5, children were consistently above chance in giving their gifts to the trustworthy- or submissive-looking faces,” says Tessa Charlesworth, MA and lead author of the study. But the researchers say 3-year-old children may need to go through up to two years of real-life experiences before the appearance of someone affects how they behave towards them. “The youngest children, at 3 years old, were not more likely than chance to give gifts to the trustworthy- or submissive-looking faces.”