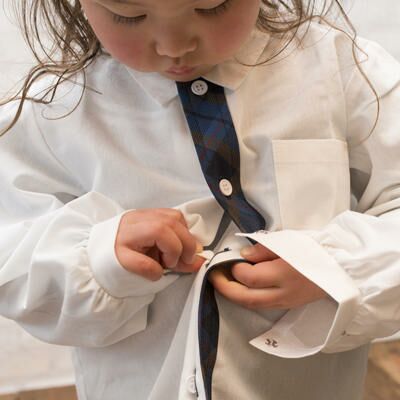 The folks at Cut Video have a way of capturing kids at their best. Last year, we saw American kids taste-testing foods from around the world, grimacing at things like lox and Vietnamese century eggs. And this year, the Cut team has lowered their age demographic a bit, filming toddlers dressing themselves for the first time.

Adults who are presumably parents try to offer direction and words of encouragement off-camera. “Now try the other foot. See the hole there?” says one mom.

“Rachael, good job! Keep going, keep going!” a mom says, coaching Rachael to victory as she gets a shirt over her head.

This hilarious video is filled with the classics. A swimsuit as daywear. Pants on the head. The struggle of armholes. But we have some innovative getups too, like a superhero cape over a swimsuit and the pairing of an astronaut helmet with a raincoat.

To be fair, the adults behind the scenes were asking for this outcome. If toddlers see superhero costumes at their disposal, they can—and should—put them on.