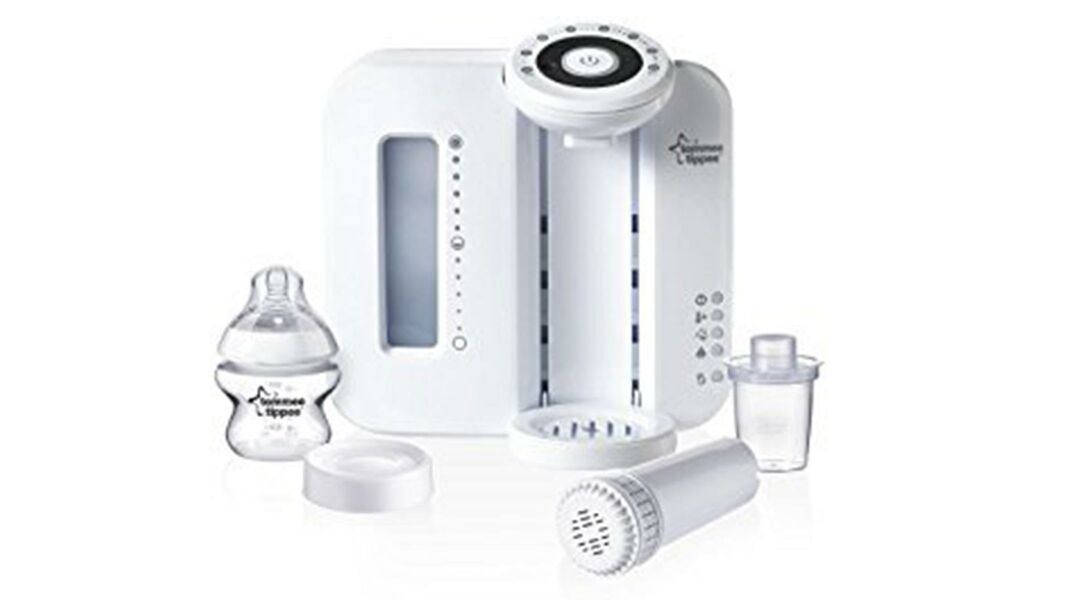 Tommee Tippee is making headlines again. And this time, it’s the Perfect Prep bottle preparation machine that parents are concerned about. One dad claims the appliance landed his son in the hospital three times.

Baby Kobie, now 14 months, has had breathing difficulties since birth. But his parents, of Birmingham, England, say it worsened dramatically after using the machine—and improved after stopping.

“Kobie just wasn’t improving,” dad Anthony Tarplee tells the Birmingham Mail. “His breathing was like a dog’s. The doctors thought it was a viral infection.”

A nebuliser, inhaler and steroids didn’t improve Kobie’s condition, and hospital visits continued. The Tarlplees decided to take a closer look at his diet and the Perfect Prep.

“I spotted what looked like mold, but the company says it’s carbon residue,” Anthony says. “When we inspected the stuff, it was fibrous. Carbon residue is not fibrous.”

Mold was the reason for both a sippy cup and bottle warmer recall from Tommee Tippee last year. And even if it is not the case this time around, this isn’t the first complaint circulated about the Perfect Prep: reports of flu-like symptoms and stomach swelling have been circulated as well.

Tommee Tippee launched an investigation, and offered the following statement to the newspaper:

"As soon as we heard about these concerns, we started an investigation, which involved some of the affected machines being examined by an independent lab, speaking to parents and extensive discussions with the filter manufacturer.

Some parents told us that they had used a non-Tommee Tippee Perfect Prep filter. This is important because other filters do not contain the ultra-filtration antibacterial section needed to remove bacteria, so even one use could lead to bacteria and visible (but harmless) black carbon deposits forming in the pipes.

If a Tommee Tippee filter is used, we are 100 percent confident that it is impossible for bacteria to enter the pipework".

If parents are using Tommee Tippee filters and are still seeing buildup, the brand recommends running the cleaning cycle with white vinegar.