Trying to Conceive: Why I Love Charting 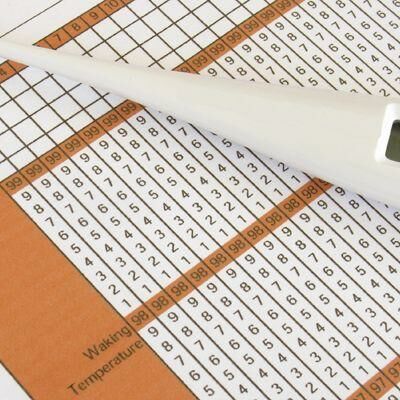 I love charting! You know, the process of taking your temperature every morning with a body basal thermometer in order to help pinpoint if and when you’re ovulating. I’ve been a charter for almost three years — since January 2010 when my then-fiance and I decided to use it to prevent pregnancy.

So I charted. I had seven months of charts under my belt before we got married. I charted for another 12 months that first year. Then we changed from _"_trying to avoid pregnancy" to _"_trying to achieve pregnancy"! I was lucky enough to get pregnant that first month.

Here’s the deal though: I don’t think it was all luck. Knowing where I was in my cycle at any given moment gave my husband and me the education we needed to do almost all that we could to raise our conception chances. I know that even with that knowledge, pregnancy isn’t guaranteed, and it can still take a healthy couple a year to get pregnant. I just think knowing your fertility can help boost your chances. It takes much of the guesswork out of the equation. One of the best parts is that it costs almost nothing to do! All you need is a BBT thermometer (around $10) and some graph paper.  You can even do it online using a charting tool.

And now that we’re trying for baby number two, I’m charting again. In fact, I started charting again as soon as my cycle returned at nine weeks postpartum. Honestly, without charting, I would feel lost! As an example, my last cycle was 80 days long. That is not typical for me at all. (It always seems that as soon as you try to get pregnant, that’s when your body starts doing things it has never done before!)  But I’m also only six months postpartum, so things are likely to be a little wacky for a while. With an 80 day cycle, I probably would’ve spent the last 50 days of that cycle absolutely convinced that I was pregnant if I wasn’t charting. Why else would I not have a period? I would have taken test after test after test and continued to get a negative result. I probably would have called the doctor in panic (“I’m pregnant, but these tests keep lying to me!” ) And I’d probably ask the doctor for an appointment and blood test.

I’m convinced that there isn’t anything that’s easier and cheaper to help you get pregnant. While charting isn’t for everyone, it’s a great tool. For $10, you garner tons of information on your body. Even if you don’t get pregnant in that first year, you still have a wealth of information to take to your doctor. Your charts can help show whether or not you’re ovulating in the first place and can clue you into a potential problem later in your cycle. Your charts will help show that you’re timing intercourse correctly. Without charting, it adds a little more complexity into the situation. I love it and I’ll probably chart my way right into menopause (in many, many years!)

Did you chart your cycle while you were trying to conceive? How long did it take you to get pregnant?