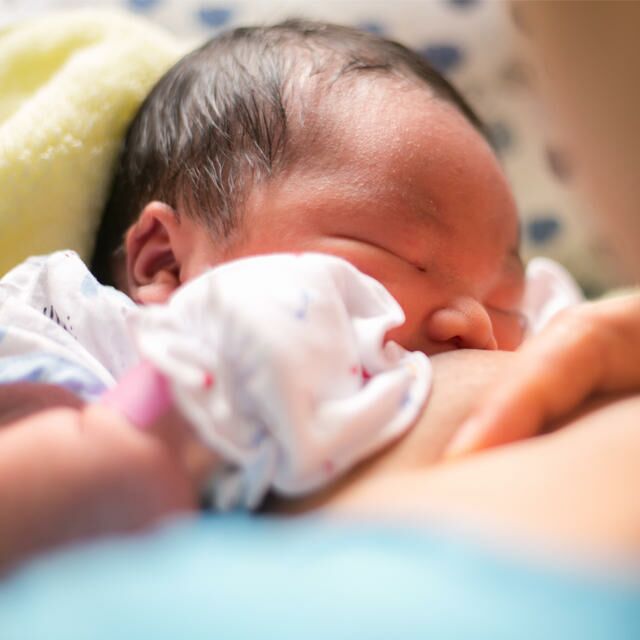 In honor of Breastfeeding Awareness Month, UNICEF is driving home the importance of immediate breastfeeding after baby is born. Beyond the brain- and immune-boosting benefits you likely already know about, breastfeeding can literally save lives: 800,000 every year, says the organization.

“If all babies are fed nothing but breast milk from the moment they are born until they are six months old, over 800,000 lives would be saved every year,” UNICEF Senior Nutrition Adviser France Bégin said today in a press release.

The American Academy of Pediatrics recommends exclusive breastfeeding for mothers who are able to do so for the first six months of life. But UNICEF emphasizes that any amount of breast milk reduces a child’s risk of death because of its infection-preventing properties. Even if a child has consumed just some milk over the first six months of life, his or her chances of passing away are seven times lower than that of a child who has never consumed any.

“Breast milk is a baby’s first vaccine—the first and best protection they have against illness and disease,” Bégin says. According to UNICEF, delaying breastfeeding anywhere between 2 and 24 hours after birth increases the risk of dying in the first 28 days of life by 40 percent. Delaying breastfeeding by 24 hours or more raises that risk to 80 percent.

UNICEF’s findings are pulled from infant data around the world. Here in the US, breastfeeding rates are actually quite high; the CDC says 79 percent of newborns are fed immediately after birth, compared to only 50 percent worldwide.

Stay tuned for our Boobolution coverage throughout the month of August for more information on breastfeeding around the world.

Q&A: Is It Okay to Keep Breastfeeding My Two-year-old?

Breastfeeding During Labor? See the Moment It Happened

Top Breastfeeding Challenges Around the World (and How to Fix Them)

Q&A: Should I Take a Breastfeeding Class?

Q&A: Can I Breastfeed During Pregnancy?