This mom finally got the labor she wanted.
ByKelly Corbett
PublishedMar 2017 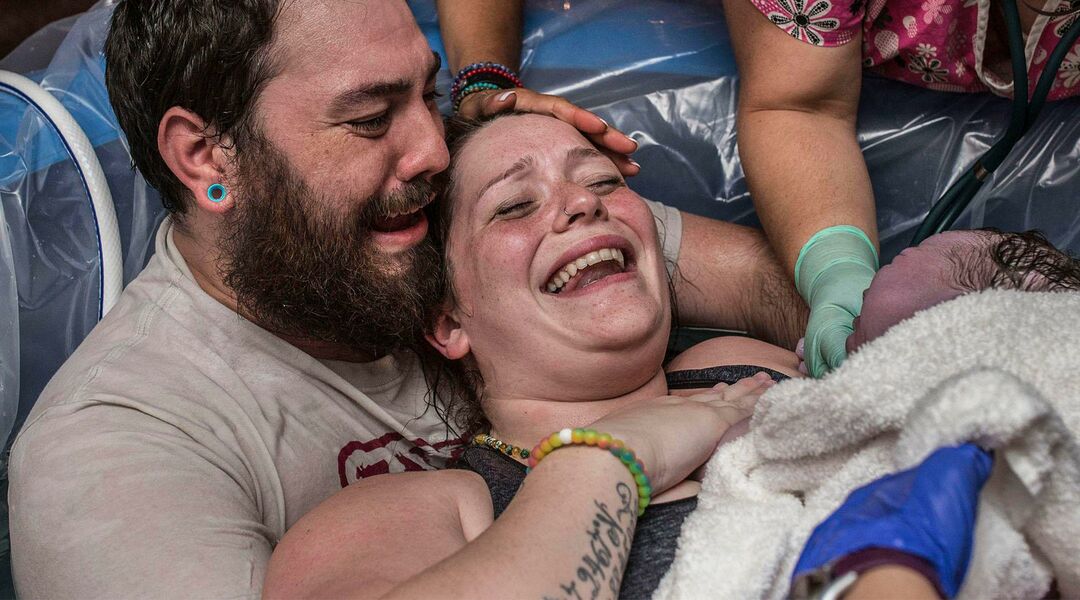 After three inductions ultimately resulted in c-sections, Jynessa Weed figured her fourth birth would be just the same. But this time around, she was pleasantly surprised.

After a pinching feeling in her cervix, Weed consulted her midwife to find out she was 3 centimeters dilated and 75 percent effaced. “I didn’t want get my hopes up but I was definitely thinking this could be it!” she writes in a post on photographer Kourtnie Elizabeth’s Facebook page, KE Documentary. While Weed was anticipating another long, surgical birth, she had all the provisions ready for a water birth at home.

Still assuming she had plenty of time to spare, Weed then met her mother-in-law, Sophia, for a pedicure (because anything to make our swollen feet look better, right?), only to realize her contractions were worsening and she needed to leave.

Upon arriving home, Weed changed into some comfy shorts and a sports bra as her birth team began to set up the pool. “Can I even begin to tell you how awesome it was to labor in my own home?” she says.

However, painful contractions spread through her back and suddenly she realized how hard labor no. 4 would be. “Now if you have ever had the pleasure of experiencing back labor it’s pretty much hell on earth,” she writes. Weed flipped over and layed head-up in her husband’s lap.

After just two pushes, Weed saw the top of baby’s head. With just one more, baby was here.

“I couldn’t believe I had done it! I got my home-birth, water birth,” Weed says.

The female body is capable of so many things, even in the most unpromising circumstances. See the empowering photos below captured by Kourtnie Elizabeth.