US Preemie Birth Rates Have Dropped — but Is That Enough? 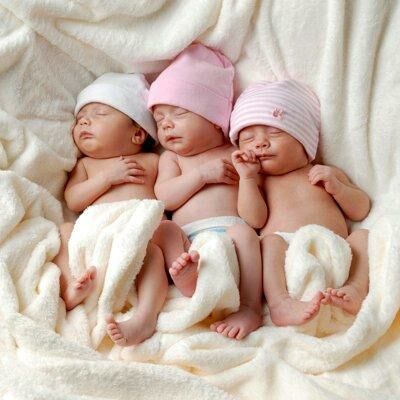 Over the past six years, the US has celebrated a steadily lowering rate of** preterm births **— but in the eyes of the March of Dimes, there’s still much, much more work to be done.

In 2012, the premature birth rate dropped to as 11.5 percent, but the March of Dimes is insistent that more could be done to improve the health of moms and babies through education. The goal is a premature birth rate of (at the very least) 9.6 percent in the year 2020.

So how does the MoD spread the message to states that what they’re doing is working (or, if not, how to improve)? Just like we tell our kids — but using report cards. Every year a Premature Birth Report Card is handed out that grades each state on its effort to lower their own preemie birth rate.

Here’s a quick rundown of the highlights of the March of Dimes program (and the “A” graduates!):

How does the March of Dimes determine who gets an A — and why?

Dr. Edward R.B. McCabe, March of Dimes chief medical officer, said that “A” grades are given out to the states that have already met the March of Dimes 2020 goal. That means they are at — or under — a 9.6 percent preterm birth rate.

What did these states do to get an “A”?

California was one of the states involved in developing a toolkit for hospitals to provide doctors and moms with guidelines and information that detail the risks of early delivery.

California, which received an “A” for having a preterm birth rate of 9.6%, developed a tool kit for its hospitals that provides physicians with guidelines and educational materials to provide mothers informing them of the risks of early delivery. According to the March of Dimes, about 20% of late preterm births, which occur between 34 and 37 weeks of pregnancy, could be avoided with such programs that encourage women to wait, and give them the support they need, throughout their pregnancy, to do so.

Alabama, Louisiana, Puerto Rico and Mississippi were the states that failed the test, mainly because they received score higher than 9.6 percent.

What’s helping to lower preemie birth rates all over the country?

Education! The March of Dimes works tirelessly to increase the awareness and focus on the dangers of preterm delivery — they also go a step beyond and teach moms-to-be about the effective interventions and resources that will help them through if they deliver before they’re at full-term.

Since the educational programs started, 176,000 fewer babies have been born preterm. Since 2006, the March of Dimes is happy to note that they’ve saved about $9 billion in both health and societal costs. The rate of preterm delivery has also dropped by 10 percent overall.

With the release of new guidelines on what a full-term pregnancy looks like, the American Academy of Pediatrics feels that moms-to-be will have a clearer picture of just how quickly baby is developing and just how important those final weeks are. Patients know that due date,” says Dr. Mari-Paule Thiet, the director of the Division of Maternal-Fetal Medicine at the University of California, San Francisco. “They circle it and they know the exact date that that baby should come. In the past we gave that gray zone of five weeks for it to come and said it could come any time within that window, and it’s all the same.

Also, at least 25 hospitals around the country have even gone so far as to ban early deliveries before a woman has reached 39 weeks pregnant.

Why is a preterm birth so risky?

McCabe reminds moms-to-be that every week is important to baby’s health because “critical development of the brain, lungs and other organs occur during those last few weeks.” So even though you’re anxious to meet your baby (and to finally stop waddling around!), those last few weeks are so important to baby’s development that, unless medically necessary, they shouldn’t be rushed along. McCabe also says that “the new definition [of full-term pregnancy] acknowledges that there are health consequences when babies are born before 39 weeks.” He adds that check-ups, appointments and taking care of yourself are all great ways to make sure you’re feeling your best during your final weeks — and giving baby the care and time she needs too.

What does the future of premature birth look like, with these goals in place?

“The good news,” McCabe says, “is that this year, the March of Dimes Premature Birth Report Card saw the US preterm birth rate drop for the sixth consecutive year to 11.5 percent, the lowest in 15 years.” So even though the March of Dimes isn’t quite satisfied yet — they’re still amazed by the progress each state has made in the last six years.

Did you deliver baby before you were full term?