“Miscarriage is something that people rarely talk about, and often go through in secret. But there needs to be zero shame around it,” he shared.
ByNehal Aggarwal
Associate Editor
PublishedOct 2019 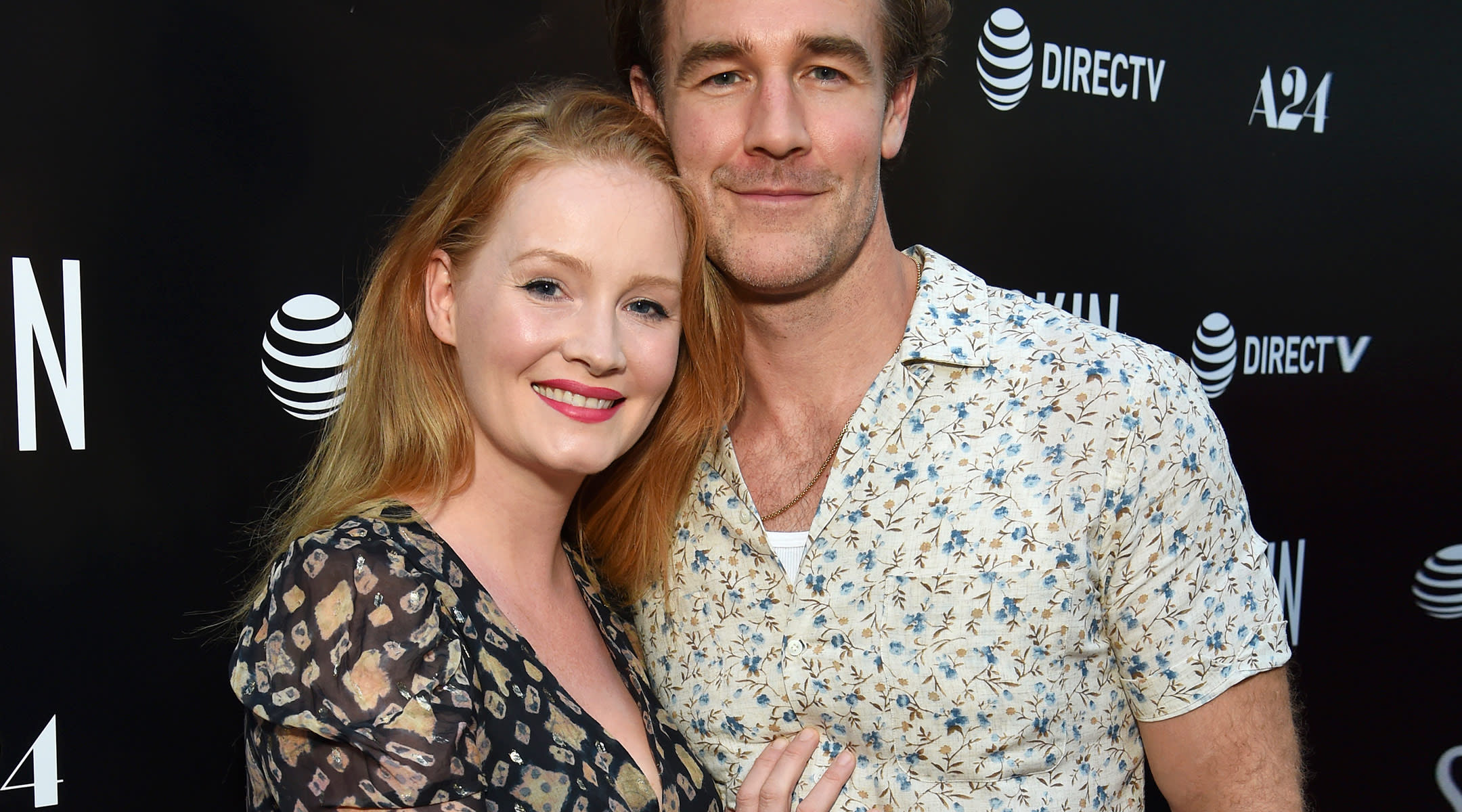 Actor James Van Der Beek, known for his roles as Dawson Leery in Dawson’s Creek and Matt Bromley in Pose and currently a contestant on Dancing With the Stars, announced on the show that he and his wife Kimberly Brook are expecting their sixth child, after experiencing three previous miscarriages.

The couple let the Dancing With the Stars crew film their first ultrasound—something that the couple never thought they would do. But having going through three of these first appointments previously, only to discover no heartbeat or no baby, they wanted to use the moment to show that there shouldn’t be any shame around miscarriage, Van Der Beek shared in an Instagram post announcing the happy news.

His words come at an opportune time, as October is Pregnancy and Infant Loss Awareness month. By opening up about their miscarriages, Van Der Beek hopes to end the stigma that surrounds the issue.

“Miscarriage (a word that needs a replacement—nobody failed to “carry”, these things sometimes just happen) is something that people rarely talk about, and often go through in secret. But there needs to be zero shame around it, or around giving yourself the time and space to grieve,” he wrote. “We decided to put ourselves out there—not knowing what we’d find—in an effort to chip away at any senseless stigma around this experience and to encourage people who might be going through it to open themselves up to love and support from friends and family when they need it most. Happily, for us—this time—we walked out with tears of joy.”

Van Der Beek’s message is deeply resonating with people, prompting a response from others who have also suffered a loss. One woman commented, “First- congratulations!! Second- thank you for putting yourself out there and being vulnerable. I too have had the experience of going in to what you expect to be a joyous moment only to hear the devastating sound of silence instead of the whoosh of a heartbeat. I remember feeling so alone and like I had done something wrong. I appreciate your openness and am thrilled for you guys that you only had joy this time.”

Another woman wrote, “So wonderful!! Three lost babies here too! I feel your pain there. I also feel your joy!! Congratulations!!!,” while still another said, “Miscarriage DEFINITELY needs a new word!”

Many couples know the pain first-hand–after all, 10 to 25 percent of pregnancies end in miscarriage. While pregnancy loss can be one of the hardest things to cope with and talk about, with more people opening up about their experiences, hopefully we make the conversation less stigmatized and more compassionate.

If you or anyone you know is going through a loss, read through our expert-recommended tips on how to cope, and how to support a friend in the aftermath.

Hilaria Baldwin Suffers Another Miscarriage at 4 Months Along