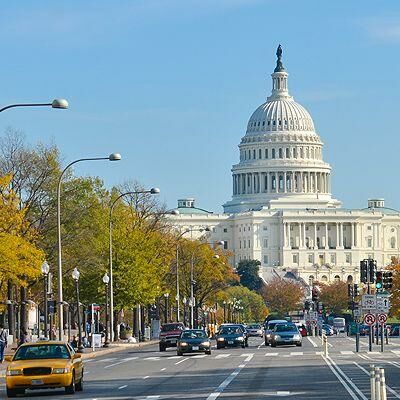 The nation’s capital wants to set an example for the rest of the country: four months of paid sick and family leave for all residents.

Today, legislators introduced a bill that would make Washington DC the first city in the US to offer this type of leave. And their proposal goes well beyond the 12 weeks of unpaid leave that’s outlined by the Family and Medical Leave Act (FMLA): It would more than double the length of any existing paid leave program in the country, offering almost every part- and full-time employee 16 weeks of paid family leave. This leave can be taken for the birth or adoption of a child, recuperation from military deployment or to care for a sick or injured family member.

The bill aims to make paid leave a benefit for everyone, not just white collar workers. Employees who make up to $52,000 per year will be paid in full during the 16 weeks of leave, while employees who earn higher salaries will be eligible for $1,000 per week, plus 50 percent of their original income, at a cap at $3,000 per week.

Companies in the District would be taxed on a per-worker basis, ranging from about 0.6 percent annually for minimum wage workers (about $131) to 1 percent of the salaries for workers who take home more than $150,000 per year. This will enable employees from both large corporations and small business to be able to participate.

This legislation comes after a year of serious strides for both maternal and paternal leave from US companies and branches of the US military. Just last week, the Gates Foundation announced they would offer employees a year of paid parental leave along with unlimited time off, joining the ranks of Netflix, Virgin, Adobe and Microsoft which have adopted similar policies.

But for workers who don’t work for these large corporations and don’t live in states that mandate paid leave (only three do—California, New Jersey and Rhode Island—but for six weeks, max), it’s often up to parents to find a way to make things work, often at a sacrifice.

“A lot of low wage workers have to choose between just remaining financially stable or taking care of their family, and that’s not a choice that they should have to make, and that’s not a choice that other countries around the world ask their citizens to make,” says DC councilwoman and co-author of the bill, Elissa Silverman, reminding us that the US remains the only developed nation to not offer paid leave.

Unfortunately though, some workers are simply not eligible, and most of those that aren’t collect their paychecks from none other than the US government. Maryland and Virginia residents who commute into the capital to work for the federal government would not be included, and DC residents who work for the government outside Washington DC city limits will have to personally pay a nominal fee to participate, rather than having their companies cover this subsidy.