What’s an Embryo Adoption — and Why Is This Couple Doing It? 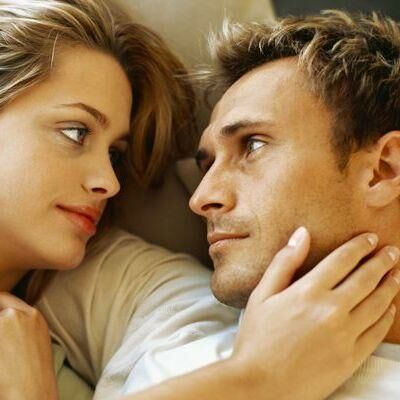 After more than eight years of fertility treatments, failed adoptions, disappointing news from doctors and negative pregnancy tests, Charlie and Matt DeVore have finally become parents. How? Through an embryo adoption.

Now, their sweet, smiling little 13-month-old daughter CJ is a reminder that the embryo adoption process was worth every minute of it. Here’s how it works: When a couple undergoes IVF, doctors actually fertilize several eggs in the lab. Once they become embryos (which, not all of them do), the doctors only implant the healthiest two or three into the mother with the hopes that she’ll become pregnant. Doctors freeze the rest of the embryos until the couple is ready to conceive again — or if they want to donate their embryos to a couple in need.

Long before Matt and Charlie even knew about embryo adoption, the couple was searching for a way to make their dream family a reality. When Matt’s uncle passed, he left the couple money in his will. His hope was that they would use it to start a family but the problem wasn’t just money — it was Charlie. Charlie’s eggs had been “problematic” because they didn’t get large enough to fertilize. And after a hysterectomy, she only had one ovary left. The remaining ovary was also scarred. When Matt’s sister came forward and offered to be a surrogate for the couple, they had to decline. Charlie told ABCNews.com, "“I was like, ‘Thank you so much, but I don’t have a baby to give you.’’

At this point, Matt said, “I was trying to decide if I could just walk away. To put that much money into something and have it fall apart is devastating. You don’t have that money to go through the next adoption.”

Shortly after, Matt’s sister suggested that the couple look into embryo adoption. She told them about a program called Snowflakes. Founded in 1997, the program has celebrated the birth of 366 “Snowflake Babies.” The choice for Matt and Charlie was a no-brainer — and it worked.

The couple, who had only known a world of negatives and failed attempts, were matched with a donor and welcomed their daughter CJ two years later. She was carried to term by her aunt, the same one that had first suggested Snowflakes to Matt and Charlie. But the controversial method is not without its string of naysayers.

Bioethicists say that the heated debate is closely tied to the loaded abortion conversation. In 1996 ABCNews.com reports that Art Caplan (a bioethicist) penned an article in the New England Journal of Medicine that suggested using the thousands of abandoned frozen embryos in fertility clinics to study stem cells. His argument one that stated, if we already have the eggs, why go through the “morally problematic” task of making more? He said, "The right-to-life movement said ‘We don’t need to use abandoned embryos in research. We can put them up in adoption and have couples adopt them.’ But it’s not like every embryo is a person. Many embryos are mis-wired or genetically malformed so they can’t become anything. … It’s also true, by the way, in the natural making of embryos — in bedrooms or the backseats of cars — that many of them don’t work right. There’s probably 50 percent embryo loss just naturally.” According to Caplan, the longer an embryo is frozen, the more likely it is to have problems.

Programs like Snowflake received much of their federal funding during President George W. Bush’s tenure, but confusingly enough, there was also a ban during that time that said you could not do anything that would harm or destroy and embryo. So, using embryos to help couples get pregnant was okay, but using them for research purposes was not. The ban was informally known as the “embryo research ban.” It prevented programs from doing anything with that money that could be deemed morally objectionable. Some bioethisicts feel that using the adoptive embryos to get other women pregnant is doing just that — but on the flip side of the spectrum.

Since its peak, programs that support embryo adoption have accrued less and less over the years, receiving only $980,000 from federal funding in 2013, whereas in 2009 and 2010, these programs grossed $4.2 million.

Do you think embryo adoption is wrong? Would you consider it?