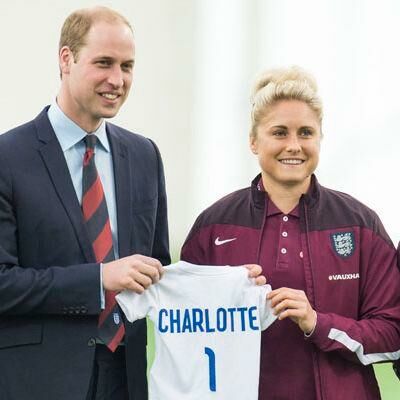 Even royalty’s not immune to the effects of a sleepless baby.

But fatigue didn’t keep Prince William from being a good fan.

“When he came in he knew all about our qualification process and how many goals we scored and where we were ranked in the world,” Houghton says. “It means an awful lot that Prince William’s come down to support us ahead of a massive tournament for ourselves.”

The team will kick off World Cup competition in Canada on June 6.

Are you in the same boat as Will? We have some simple advice to help you get more sleep, like sleeping whenever baby sleeps and simplifying nighttime feedings. You can also optimize baby’s nursery for the best sleeping conditions possible. Learn more here!