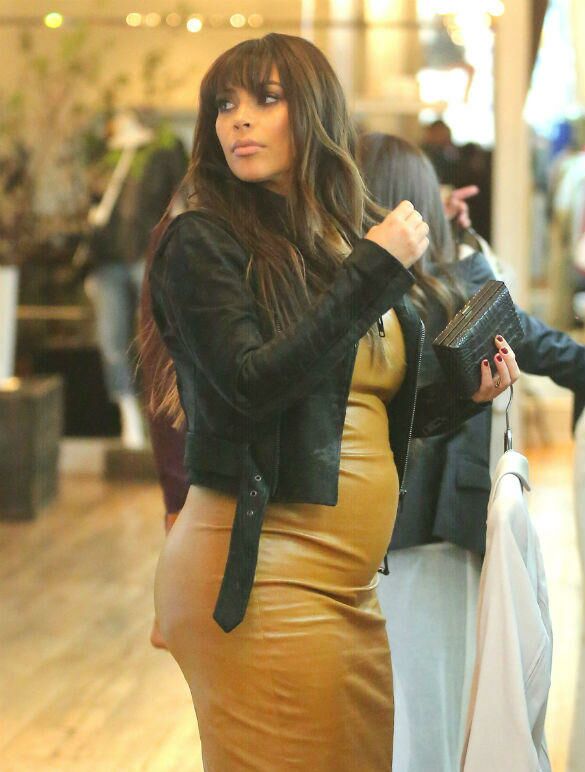 Before we go any further, let’s get one thing straight: I am not a Kardashian fan. I’ve never watched any of their shows. I still don’t quite understand how or why they are famous. But they have permeated popular culture and now I find myself in the unlikeliest of places: defending Kim** Kardashian**.

Did I really just write those words?

I sure did. Because I am horrified by the media coverage of her pregnancy weight gain.

Now, no one has benefited more from her fame and celebrity than Ms. Kim, a longtime tabloid target, so it is not too surprising that the media has been all over her the moment she announced her pregnancy. But when did it become acceptable to pick on an expecting mother and call her “fat”?

We’ve all been in there — that awkward period before the baby bump has announced itself as a baby bump and not just a really big lunch. We’ve all felt awkward , uncomfortable and hormonal. Now imagine going through that in the public eye, with tabloids and news outlets scrutinizing every ounce of your body and speculating on your weight gain? I can’t imagine what it must be like to see yourself on cover after cover next to headlines like, "Don’t Call Me Fat!” (US Weekly), “I Can’t Stop Eating!” (In Touch Weekly) and “Pregnant Kim’s Nightmare” (_Star _magazine, referring to her unlikely 65-lb weight gain). Star even took it one step further, comparing a photo of her in a black and white dress to an image of Shamu the killer whale.

Wow. Really? Um, tabloids, in case you haven’t heard, you’re supposed to gain weight when you’re carrying another human being around inside of you — whether you’re a celebrity like Kim or an average mom like me, who gained more than 60 lbs during her first pregnancy.

I admit, there were definitely times that I felt self-conscious about my size, especially in my third trimester when people asked if I was having twins, and I wasn’t a big fan of my “cankles.” But my pregnancy weight gain was a subject reserved for only three audiences: my obstetrician, my husband and my girlfriends. It was not fodder for late night television or used as a marketing ploy to sell magazines.

So this is why I feel an unexpected pang of sympathy for Kim Kardashian because, celebrity or not, no one deserves to have cruel and nasty things written about their body ­— especially during such a beautiful and special time as pregnancy. The intense scrutiny and obsession with her weight gain is bordering on bullying, and sends a terrible message to all women that the pregnant body is something to be ashamed of.  We already feel the pressure to squeeze back into our skinny jeans weeks after giving birth. Now we’re not even allowed to gain a healthy amount of weight when we’re expecting? Geez, what’s next?

Do you think it’s fair to judge Kim for her weight gain?