Will You Tune Into Obese & Expecting? 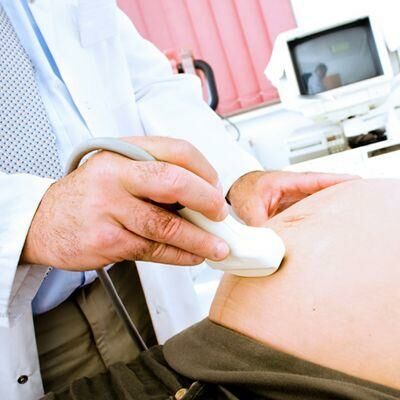 I don’t know how TLC comes up with this stuff – they already have TV gems like Say Yes to the Dress, Toddlers and Tiaras and my newly discovered favorite, Long Island Medium. But now they’re really going to the extremes with a new docu-drama called Obese & Expecting.

That’s right, it’s a show about four morbidly overweight mamas-to-be who are expecting. Entertainment Weekly reports that the series will chronicle the health issues, weight gain and relationship struggles of the pregnant women. An announcement by TLC said, “These women are challenging the perception – and the odds – of obese pregnancies, as they become moms, no matter their size or complications.” That should be an interesting hour of TV. For obese women, there are extra risks involved in pregnancy: Their babies have double the risk of stillbirth and higher risk of birth defects. Also, there’s a higher chance obese moms-to-be will develop gestational diabetes, high blood pressure and preeclampsia than women at healthy weight have.

But that’s not the only mom-related show that TLC is premiering — Birth Moms will follow three women who are struggling with their decisions to give up their babies for adoption. Both of the shows will premiere on May 17th (_Obese & Expecting _at 9 p.m. and _Birth Moms _at 10 p.m.)

Are you going to tune in? What do you think of these new shows?

Is it True Epidurals Don’t Work as Well for Plus-Sized or Overweight Women?

One More Reason to Watch Your Weight Gain During Pregnancy: an Easier Birth