It wasn't planned, but it was too natural to cut.
ByAnisa Arsenault
Associate Editor
PublishedMar 2018 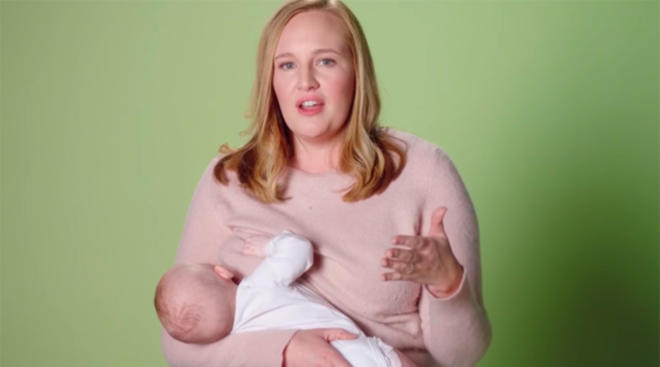 Kelda Roys is running for governor of Wisconsin, and her platform includes several family-friendly initiatives, from equal pay for women to universal paid family and sick leave. Her campaign ad is proving just how family-oriented the mom is, featuring Roys breastfeeding her 4-month-old daughter.

During the ad, Roys talks about her efforts to make Wisconsin the first state to ban BPA in plastics, like baby bottles, when she served in the state assembly in 2010. During her explanation, her daughter, who was on set, began crying. So her husband handed her over. Without missing a beat, Roys lifted up her shirt and began to nurse.

“It’s just instinct. Babies train you. When she fusses and is hungry then I just grab her and feed her. I think every parent knows that,” Roys told TODAY Parents.

She didn’t plan for that moment to actually make it into the ad.

“I thought we could re-shoot this part or maybe they will use the audio,” she said. Then she watched the playback, and realized it had to stay.

“People are craving authenticity and they want candidates who are real people you know, warts and all,” she said. “You cannot actually plan what babies are going to do or when. This is just part of life."