The mother wanted to set an example for her kids to live by.
ByStephanie Grassullo
Associate Editor
PublishedDec 2018 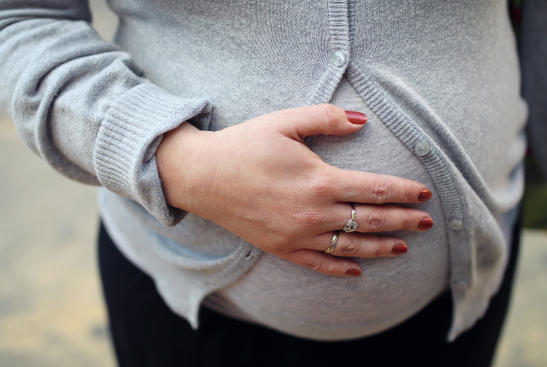 Nothing was going to stop Anshonarial Greenhouse from walking the graduation stage and receiving her college diploma—not even labor contractions.

The 31-year-old celebrated two major milestones this month. First, Greenhouse graduated from Louisiana State University and received her bachelor’s in business administration with a concentration in accounting. Moments after, she headed to the hospital to give birth to her newborn son, Zy’aire, CBS news reports.

Greenhouse had been in the hospital since she was 25 weeks pregnant. While there, she completed her midterms and finals, and even did video presentations from her hospital bed, according to CBS News.

Even though the Louisiana mom knew she could go into labor at any moment, she thought it was important to receive her degree in person. With that in mind, she prepped for the big day as best as she could, carefully laying out plans to assure if she did need medical assistance, it would be at the ready.

Greenhouse reached out to one of her sorority sisters who also works at the school to let her know about her situation. The friend helped arrange for a wheelchair to be left by the graduation stage, and an ambulance to wait outside if she needed it.

Making the day even more special, the woman celebrated the momentous occasion with her mother by her side, who also received her degree in business. Greenhouse also had support in the stands, where her husband proudly cheered her on.

“It was just a special moment for us,” she tells CBS News. “/[My husband] initially didn’t want me to walk because of the complications I was having, but I told him it was something I really wanted to do.”

When the much-anticipated moment finally arrived and her name was called, Greenhouse was escorted across the stage with the help of an aide. After boldly walking and accepting her diploma, the expectant mama collapsed into the wheelchair, CBS News reports. And just like that, it was time to complete the next phase of celebrations: the birth of her second child.

Soon after accepting her diploma, the mom was rushed to the hospital where she later gave birth to her new baby boy. As for the mama, she hopes her 10-year-old daughter and newborn son will remember her exceptional story and know nothing can stop them from accomplishing all of their dreams in life.

Moms continue to amaze us every day. Working mom Kori Dotson inspired many when a picture of her working a restaurant shift while babywearing her child turned into a viral sensation.