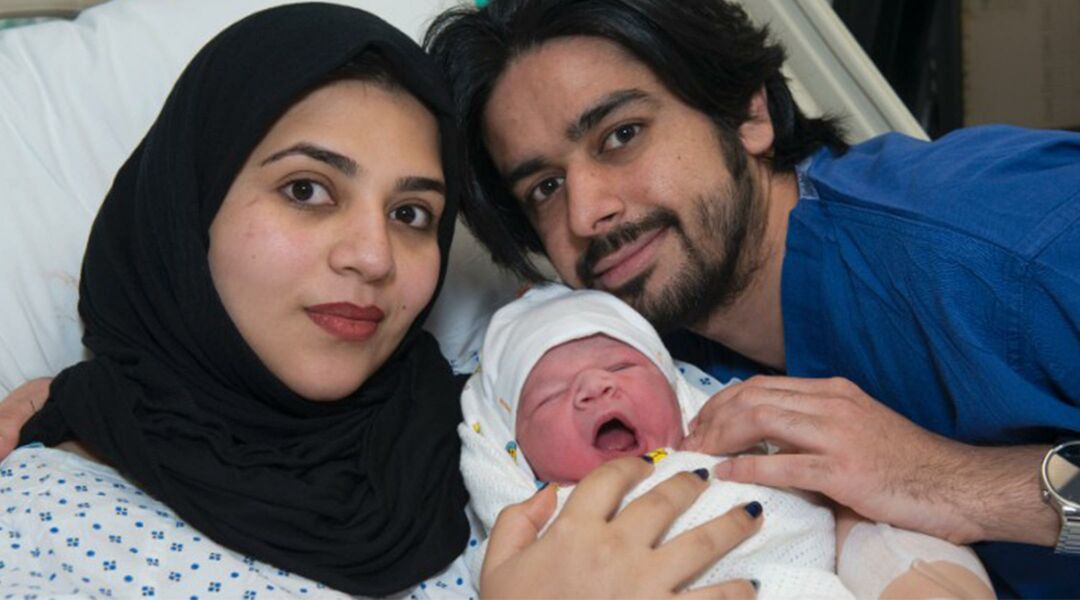 With the help of frozen ovarian tissue, a 24-year-old Dubai woman on the brink of menopause just gave birth to a healthy baby boy. Her tissue donor? Her 9-year-old self.

Moaza Al Matrooshi was born with a blood disorder called beta thalassaemia, which is fatal if left untreated. Before undergoing ovary-damaging chemotherapy at age 9 to prepare for a bone marrow transplant, she had her right ovary removed and frozen. The suggestion was her mother’s, who thought she may want to try to start a family of her own down the road.

Fast-forward over a decade and Al Matrooshi and her husband were planning on starting a family. In 2014 they headed to England, where Al Matrooshi had her treatments as a child, to meet with consultant gynecologist Sara Matthews at Portland Hospital. Matthews’s first course of action? Try to help Al Matrooshi regain ovarian function with hormone treatments. That failed, but in 2015, Matthews had a new idea.

Matthews was able to recruit a surgical team in Denmark to work with Al Matrooshi’s frozen ovarian tissue. The team came to the Portland Hospital in London, transplanting four slivers of tissue onto her failed left ovary and one sliver on the side of her uterus.

Things started to change almost immediately. Within three months, Al Matrooshi, who had been experiencing menopausal symptoms, began having regular periods. To boost their conception odds, the couple also underwent IVF. Two embryos were implanted in Al Matrooshi’s uterus earlier this year and one took.

“I always believed that I would be a mum and that I would have a baby,” she tells the BBC. “I didn’t stop hoping and now I have this baby—it is a perfect feeling.”

While Al Matrooshi isn’t the first to conceive using frozen uterine tissue, this marks the first time prepubescent tissue has been used.

“This is moving from an experimental technique to a practical application,” Matthews tells CNN. “"I’d love to see more promotion and get information out there that this is available.”