About 17 percent of women say they’ve either been yelled at, denied help or both.
ByStephanie Grassullo
Associate Editor
PublishedJun 2019 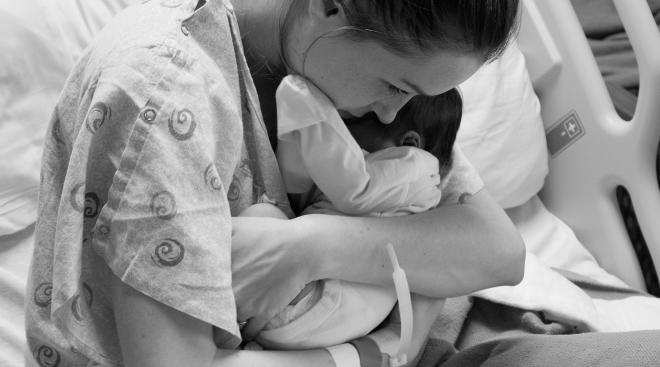 Nearly one in six women in the US feel they’ve been mistreated during childbirth, according to a survey of more than 2,000 women published in the journal Reproductive Health and [reported on by HuffPost](https://www.huffpost.com/entry/1-in-6-moms-say-they-were-mistreated-during-childbirth_l_5d0bd4fde4b0859fc3db9089?ncid=newsltushpmgnews TheMorningEmail 062519). It should be noted that the survey received funding from Transforming Birth Fund, which provides grants to support lower medical intervention during birth.

For many women, their experience giving birth was far from the picture-perfect idea they had dreamt up in their head. About 17 percent say they’ve been yelled at, scolded or threatened, ignored or denied help or mix of all of these experiences. Plus, women of color and low-income women were much more likely to say they’d experienced some form of mistreatment.

The way somen claim to be treated during pregnancy and childbirth is alarming. Earlier this year, the Centers for Disease Control and Prevention (CDC) released a report which says the US has the highest maternal mortality rate of all industrialized countries, and black and American Indian/Alaska native women were about three times as likely to die from a pregnancy-related cause as white women. What’s worse, the agency says the majority of these pregnancy-related deaths could have been avoided.

The only way to paint a better picture for pregnant women is to respond to these heartwrenching reports by improving standards and support for expectant women.