Would You Cross Nurse Baby? 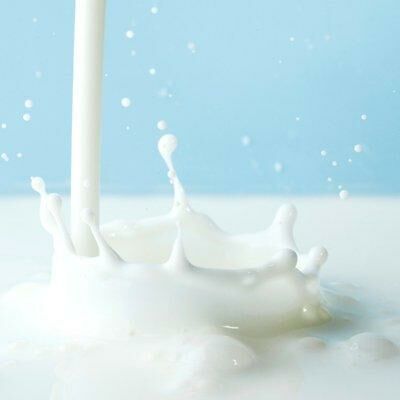 Moms are a close-knit community, and we’re willing to bet you’ve watched someone else’s kid for an afternoon. But how close is too close — would you lend a hand, err boob, with breastfeeding?

Cross nursing isn’t exactly a new phenomenon. Yahoo Parenting contributor Sasha Brown-Worsham says that in 1920, her grandmother, who lost a baby, used her milk to breastfeed her nephew for a full year.

"As a mom who nursed three children and has always produced the bare minimum, it’s hard to imagine a world where I had an oversupply, writes Brown-Worsham. “But some women do. And these women, when they share, change the lives of others.”

She raises a valid point. Milk banking services like the Human Milk Banking Association of North America work to safely collect milk for babies unable to nurse from their own mother. But the FDA is hesitant to condone milk sharing. Milk that hasn’t been properly screened, collected or stored can pose health risks to baby, potentially spreading diseases like tuberculosis, HIV and hepatitis-associated antigens. Plus, breast milk is always changing. “Breast milk changes as babies age,” Dyan Hes, MD, of Gramercy Pediatrics tells Yahoo. “The contents of one-month-old postpartum milk are not the same as milk that’s nine-months-old. A woman will not make breast milk suitable to another child’s age-appropriate requirements.”

But for women with a low supply or who can’t physically keep up with baby’s demand, whether or not that milk is perfectly tailored to their child doesn’t matter.

Lisa Baker, a mom from Georgia, tells Yahoo her baby once spent 22 hours of a 24-hour period latched on. “I would have given anything for a break,” says Baker. “If she wasn’t nursing, she was screaming, That was really hard. I would just daydream about living in a commune where someone else could nurse.”

Some moms like it for the bonding experience alone. Regardless, it’s important to know both the risks and benefits of cross-nursing. Talk to your pediatrician before making a decision.

“I would donate, but not use. If it was an emergency I wouldn’t mind nursing someone else’s kid or having them nurse mine, but I’m not opposed to formula, so I don’t see it happening.”

“I wouldn’t like to use a wet nurse or donated milk unless it came from one of my sisters, but yes, even with daily attempts with every bottle and nipple ever invented, my girls still won’t take a bottle, so maybe I would change my opinion on this if I were suddenly unable to nurse them”

“It grosses me out. I have struggled with low supply pretty much since the beginning. We supplement with formula. I never really considered milk donation because I just don’t feel like there is enough oversight of any of the groups that share milk to ensure proper collection/storage/transport for me to feel comfortable.”