Would You Shop a Kardashian-Inspired Clothing Line For Kids? 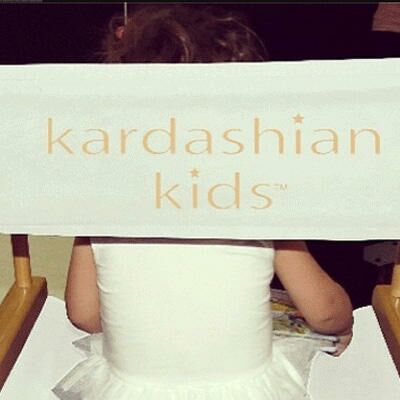 The buzz first started on Twitter (where else?) and Instagram when K** hloe** tweeted a shot from the first-ever Kardashian Kiddie Kollection (if only that was the real name) photo-shoot, simultaneously revealing the brand and offering a sneak peek into what the line will look like.

The line, which doesn’t have any photo releases or sneak peeks of the clothing yet, will of course feature the sizzling styles that the Kardashian sisters are so well known for (except, well, pint-sized offerings of what they wear). From the photo collage that Khloe posted, the only tidbit we’ve got is that there will be leopard print — and lots of it. Likely it will come in all forms: Leopard onesies, leopard tops, leopard bottoms, leopard layettes, leopard swaddles, and so on.

We might even get a Mason -, Penelope - and North- inspired line within the collection — but who knows! So much is left to chance. (The anticipation is killing me!)

It makes sense that the sisters would dive into a world they’re slowing getting to know ( Kim and Kourtney are mothers and Khloe a devoted aunt) and as parents, they probably feel like they know the market better than anyone (they probably do).

We’ll keep you posted as we learn more about the line.

But would you shop a Kardashian-inspired klothing kollection?

What Should Baby Wear to Bed This Winter?

The Best Matching Shirts for Your Next Family Vacation

Meet the Moms Behind Maisonette, the Trendy Online Children’s Boutique

10 Fall Looks We Love From the Kardashian Kids Collection