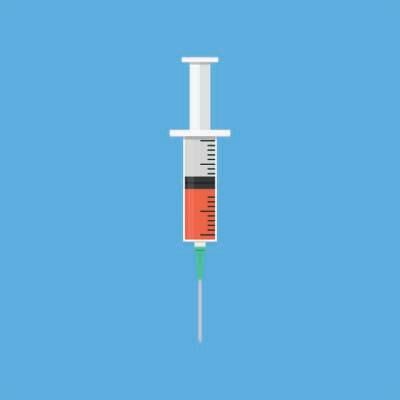 Despite the potential and scary link between pregnant women infected with Zika and babies born with microcephaly, there’s currently no cure for the mosquito-borne virus. But that doesn’t mean one isn’t in the works. In fact, researchers are working to fast-track a Zika vaccine. And phase 1 will roll out in just a few months.

“We will have a vaccine ready to go into humans to test—not to distribute—but to test for safety and whether it induces a response that you can predict will be protective,” Anthony Fauci, MD, director of the National Institute of Allergy and Infectious Diseases (NIAID) tells the BBC. “That phase 1 trial, I believe, will likely start towards the end of this summer or early fall.”

NIAID is also responsible for developing a vaccine for Ebola. And as was the case with Ebola, a number of factors will come into play before the vaccine is distributed. If the Zika outbreak subsides, as it did with Ebola, for example, it will be impossible to conduct large enough studies to determine how effective the vaccine is.

While researchers still don’t know a lot about Zika, they have quite a bit of information about other flaviviruses–viruses named for yellow fever that are typically transmitted via bite—like West Nile virus. And scientists in a Bethesda, Maryland, lab have already been working on a West Nile vaccine, which should help speed up the Zika vaccine production. The current formulation uses synthesises genetic information from Zika, not a live strain of the virus.

Fauci adds the vaccine in the works is intended to target pregnant women and women of childbearing-age. A more all-encompassing vaccine is a longer-term goal.

Should You Be Tested for Zika? See the New CDC Guidelines for Pregnant Women