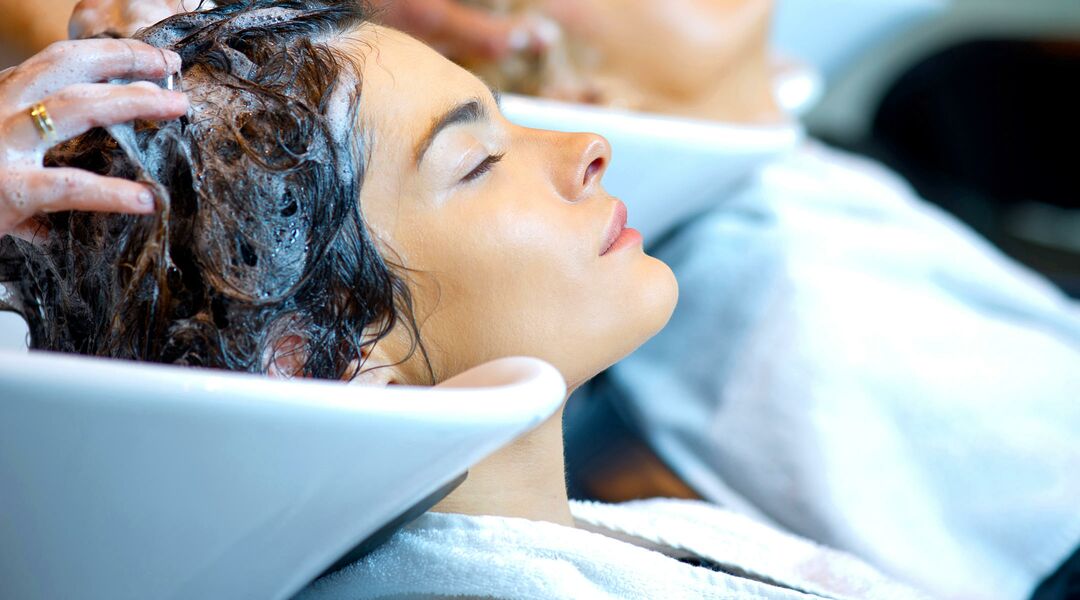 “I was getting my hair highlighted, and my hairdresser was about five foils away from being done. I felt a gentle ‘pop,’ and everything came gushing out over the floor! She washed my hair out and put a trash bag over the driver’s seat in my car, and I drove to the hospital.” JhawkCE

“I gave birth on an empty living room floor, when I was eating lunch while helping some friends move into their new house.” — Katherine

“I was on the bus, coming home from a doctor’s appointment, when I gave birth.” — Rae

“My water broke when I was standing in front of the deli counter at the grocery store.” — Miranda S.

“My girlfriends and I had a last girls’ night out before baby arrived—my water broke at dinner!” — Danielle K.

“I went into labor while I was shopping at American Eagle Outfitters in the mall!” — Aleasha

“My water broke while I was on my way to church. I actually stayed for the whole service, while in labor, and then went straight to the hospital!” — Carrie B.

“I was walking out of my favorite Thai restaurant when my water broke. It was really cold out, and I had lots of layers on, so luckily, even though I was out in public, no one could tell!” — ortenzia

“I was at Sears picking up a washer that I’d ordered when I went into labor.” — Ryan P.

“I went into labor when I was in line at Subway during the lunch rush!” — Melissa H.

“We were at a Mexican restaurant when I went into labor. I was in denial that it was even happening, so I insisted that we wait for our food. I finally agreed to go to the hospital when I couldn’t eat or walk and talk at the same time.” — Brittany N.

“I went into labor on New Year’s Eve just as the ball was dropping. Luckily, I was at home!” — Heather H.

“I was showing a house to my client. As she was walking up the stairs, I started to go into labor at the bottom of the staircase! I had my baby boy 48 hours later—oh, and she ended up buying the house too!” — Melissa H.

“I was at a fireworks show on the Fourth of July. My water broke during the ‘finale’ when they shoot off massive amounts of fireworks at once. Guess my son wanted to know what was going on out there!” — Jessica M.

“My water broke while I was working at Quiznos. I walked to the back, grabbed some towels and made some phone calls. My coworker was freaking out and wanted to close the shop to drive me to the hospital.” — Tiffany S.