Private luxury delivery suites and a Rolls-Royce: It’s just another day in the life of a celeb mama-to-be. Find out how your favorite celebs gave birth! 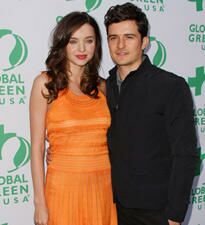 By now we all know the stories about Beyonce giving birth to the second coming (err, Blue Ivy) on January 7, 2012. It was rumored that Beyonce and Jay-Z rented an entire maternity wing for $1.3 million at Manhattan’s Lenox Hill Hospital — and that security was so tight that a new dad couldn’t even visit his newborn twins in the NICU! While the hospital denies the reports, saying that the couple was just put in an executive suite (which is available to all patients for an extra fee), all the hype surrounding Blue Ivy seems like the perfect way to say, “Welcome to the world!”

Not to be outdone by Beyonce and Jay-Z, Mariah Carey and Nick Cannon’s twins (dubbed “Dem Babies” by the couple) arrived in style too. Mariah gave birth to twins Moroccan and Monroe at a Los Angeles hospital on April 30, 2011. It was triple the celebration because the date was also Nick and Mariah’s third wedding anniversary. According to reports, Nick and Mariah rolled up to the hospital with some bling — in a Rolls-Royce Phantom! Nick was so nervous that he went to the wrong department first and had to be taken to the maternity ward. And as a grand finale, the couple listened to Mariah’s hit song “We Belong Together” after the birth.

Proud papa Orlando Bloom told Ellen DeGeneres on her show that wife (and Victoria’s Secret model) Miranda Kerr had no epidural when she gave birth to son Flynn on January 6, 2011. Did we mention that Flynn weighed 9 pounds, 12 ounces, at birth? Orlando also spilled that he ended up peeing in a bottle in the delivery room because Miranda didn’t want him to leave to take a bathroom break. Miranda told Australian InStyle about her not-so-glamorous birth experience: “I actually thought I was going to die at one point and left my body. I was looking down on myself, the pain was so intense.” Yikes! Well, it was definitely all worth it because Flynn is such a cutie!

The long-awaited Beckham baby girl, Harper Seven, arrived on July 10, 2011, after much speculation that Victoria Beckham would give birth on July 4th (which is also the date of her and David’s wedding anniversary). Victoria gave birth via scheduled c-section. It was rumored that the couple splurged on a luxury baby suite at Cedars-Sinai Medical Center in Los Angeles. Although that might not be true, fellow ex-Spice Girl Melanie Brown did tell Hello! magazine that she was set to give birth a couple months later in the same hospital delivery room as her old bandmate.

Pink had her heart set on having a natural delivery at The Sanctuary Birth & Family Wellness Center in Los Angeles. Her plans were dashed when daughter Willow Sage arrived on June 2, 2011. Pink had to deliver via c-section after being in labor for two nights because of Willow’s breech position. Willow’s birth hasn’t discouraged Pink from trying a natural birth again — she’s said she plans to do it next time.

No talking in the delivery room? That’s the kind of birth Kelly Preston swears by. The actress gave birth to children Benjamin (14 months old), Ella Bleu (11 years old) and Jett (who died at the age of 16 in 2009) using the Scientology practice of silent birth. Kelly explained that there’s as little talking as possible, but you can still make natural noises like grunting and crying. She believes that welcoming her kids in a quiet way has given them peaceful personalities.

Angelina and Brad decided to jet off to exotic locales for the births of their biological children, daughter Shiloh and twins Knox and Vivienne. That’s a great way to avoid crazy paparazzi! Angelina gave birth to Shiloh in 2006 in Namibia and welcomed the twins at a hospital in Nice, France, with plenty of photographers camped outside. On that occasion, Angelina spent two weeks in the hospital — arriving by helicopter from the villa in Provence where she and her family were staying. Rumor has it that the couple had four rooms in the hospital’s maternity ward all to themselves.

In true Kardashian fashion, Kourtney’s birth was caught on camera for the show Keeping Up with the Kardashians. When Kourtney’s water broke, everyone was running around packing while Kourtney stayed calm, put on makeup and even did some laundry! Sisters Kim and Khloe, mom Kris and boyfriend Scott were all in the delivery room. And if you haven’t seen that episode, we witnessed some pretty graphic footage of Kourtney pushing and even helping pull son Mason out! We wonder if they’ll be filming Kourtney’s second birth later this year?

While Tina Fey gave birth to daughter Penelope at the same Manhattan hospital where Beyonce gave birth, she admits she didn’t receive quite the star treatment that Beyonce did. Tina playfully compared her experience at Lenox Hill Hospital to that of the R&B diva. Tina told the Today show about her breastfeeding class (which took place in a closet!) at the hospital. She adds, “It’s clearly supposed to be a storage closet with a bunch of other mothers, and a nurse grabs one of your breasts and another lady’s and is shoving them in a baby’s mouth.” Tina praised the nurses at Lenox Hill and also joked that her New York City hospital room had an ATM machine in the corner!

Rachel Zoe’s another reality star who caught her delivery experience on film for the world to see on her show, The Rachel Zoe Project. The celeb stylist’s team packed designer duds like Halston and Chanel sweaters and eight-inch stiletto boots in her hospital bag — like they were pulling clothes for a photo shoot. And like Kourtney Kardashian, Rachel  got all dolled up after her water broke — she brushed her hair and put on makeup. The reason for her high-fashion demands? Rachel said, “The problem is, it’s such an unglamorous experience that if you feel really unattractive, it makes it so much worse.” We hope she felt glamorous during those 16 hours of labor with her son, Skyler.

Christina Applegate lamented on _The Ellen DeGeneres Show _that no one warned her about the crazy things that happen after delivery: “It’s a code with women that you don’t talk about the after part.” She also called birth plans a “joke,” since her plan for an epidural didn’t go smoothly — she didn’t like the numb feeling, so she opted for a natural labor and delivery (which took 18 hours!). After giving birth, Christina, who previously had breast cancer and had undergone a mastectomy, tore off her gown and laid daughter Sadie on her chest (a part of her body that the actress has been insecure about ever since her surgery).

Who can forget all the speculation and conspiracy theories about Suri Cruise’s birth in 2006? Remember when everyone thought Suri was an alien and Katie’s pregnancy was fake? According to reports, Katie and Tom, who are Scientologists, went for a silent birth like Kelly Preston did. Katie gave birth in a Los Angeles hospital — down the hall from Brooke Shields, who also gave birth that day.

This one sounds like it could have been an SNL skit. A very pregnant Amy Poehler was on the set of SNL the day before her due date, rehearsing a Mad Men sketch with host Jon Hamm. When she called for her daily check-in with her doctor—“an old Italian physician” who was set to deliver her first baby—a teary receptionist informed her that he had died the night before. Poehler related the funny/sad story while on a panel at the 2014 BookCon, telling the audience:

“So it’s my first kid, I’m in a Mad Men outfit, I turn to everybody and I hysterically start crying, and a really pregnant woman crying is terrifying… And Jon Hamm, who I am just getting to know, comes over and puts his hands on my shoulder and is like, ‘This is a really important show for me. I’m gonna need you to get your shit together.’ And I laughed so hard, I probably peed myself.”   (Vulture.com)

Like many celebrities before her, The Big Bang Theory star gave birth to her second son, Fred, at home…but this delivery had a unique twist. Her older son, Miles, watched the whole thing from his high chair while eating granola! The idea may seem crazy to some, but Bialik and her now ex-husband put a lot of thought into their plan. They discussed it with their pediatrician, who believed very strongly in older siblings being present, and prepared Miles in advance with home-birth videos their midwife gave them. “Fortunately it was a very fast labor because I think Miles would’ve been bored if it was longer than the hour and a half it was. He loves it, he still talks about it,” Bialik says. (People)

Brace yourself for this one: the Cougar Town star helped pull out her own baby. Still with us? “After my doctor got [Birdie’s] head and shoulders out, she asked, ‘Do you want to pull your baby out? Give me your hands,’” recounts Philipps. The gutsy actress even has a photo to immortalize the incredible moment—her midwife snapped a picture without Philipps even realizing it. (Babble)

Although it’s extremely rare, Jessica Alba’s daughter Haven was born while she was still inside the amniotic sac. Needless to say, the doctor was stunned, says Alba: “He grabbed the nurse and said: ‘Look at this!’ I was in the middle of pushing and he told me to hold on a minute and not to push! He was wearing basketball shorts and a T-shirt and said: ‘Oh I have to get my scrubs on for this!’” Super-reassuring, right?! Luckily it all ended well, and once Haven arrived, the sac burst on its own. Even better, the experience ended up inspiring her daughter’s name. “When I was in recovery we still hadn’t chosen her name. Cash picked her up and said she came into the world in her ‘safe haven’ and it clicked right then for both of us.” All together now…aww! (OK)