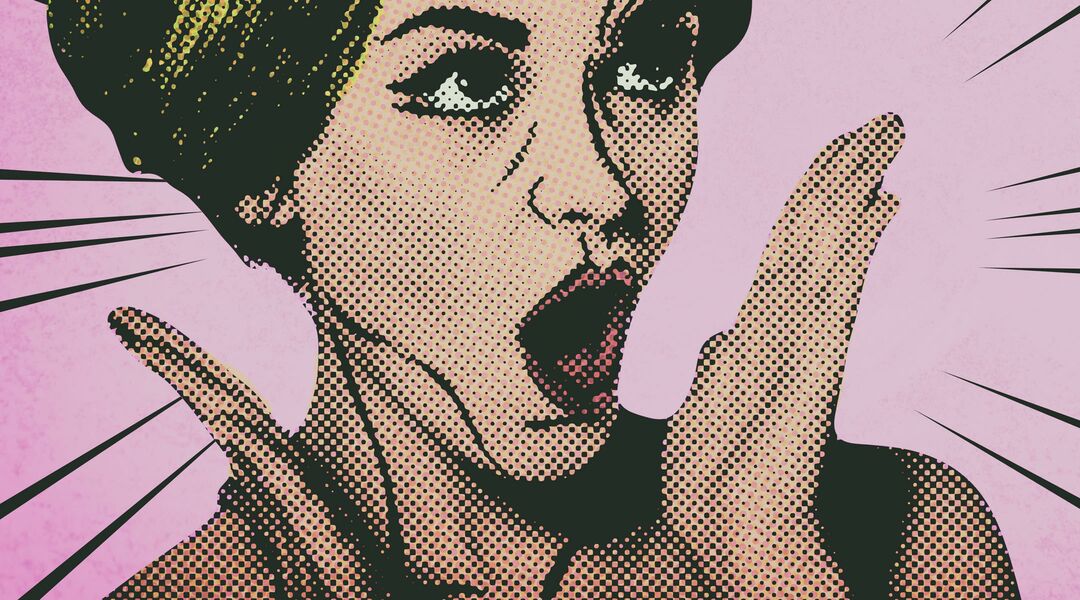 You mapped out your birth plan to a T, read the labor books from cover to cover and became a pro at Lamaze—hey, you even tuned in to that HypnoBirthing podcast. Then your water broke, and all that careful prep flew right out the window. Delivery day is bound to throw you a few curve balls, no matter how much you prepare beforehand. Read on as moms share some of the most unexpected, hilarious, crazy birth stories we’ve ever heard.

“At 10 centimeters the nurse told me to call her if I felt ‘a ton of pain.’ But I was fine, just chilling out, texting people and talking to my sister on the phone. I started feeling more pressure and jokingly put my hand down there, and—OMG—I touched the baby’s head! I immediately called the nurse, and all of a sudden his entire head popped right out and his body followed! I caught him myself. There was nothing set up, no bulb, no suction, no chord clamps, no scissors, not a thing! I told my OB he owes me a refund!” —makclair

The Call of Doody

“I thought I would set a world record for the amount I pooped during labor! I knew it was going to happen because I kept telling the nurses that I had to go. I had an epidural so they just thought I was getting ready to have the baby. I pushed for two hours before going in for a c-section and I pooped through most of the pushing. My husband says it’s burned into his brain. Oh well, he still loves me. He got over it.” —bundleofboy

“I tried to go to the bathroom and suddenly it happened: My body started pushing on its own, against my will! As I made my way into the car, the baby’s head was already beginning to come out! I had planned to relax myself with breathing and yoga positions and mantras like: ‘Open my cervix, open to love.’ But in that car all I could think was: ‘Don’t have the baby in the car, don’t have the baby in the car.’ When I got to the birthing center, my husband stole a wheelchair from an old man and wheeled me right into the closest room, where I gave birth standing—hands on the bed, pants at my knees and sneakers still on! My water didn’t even break until my baby, Livia, was on her way out.” —alysia

Down for the Count

“After my c-section, my son had to get some blood drawn. My mom turned her head away for that, but not my sister. She fainted and nearly smashed her head on a radiator! Half of the nurses who were attending to my son and me rushed to her side to make sure she didn’t break her head!” —fauxbunny

“I was at 5 cm when the doctor broke my water. Contractions immediately became much more intense and painful, so I asked for my epidural. The nurse checked me about an hour later and I was 7 cm, 100 percent effaced and the baby was at +1. I commented to the nurse at that time that I couldn’t feel anything during the internal she performed, and she said that the epidural was obviously a good one! Then she left us alone. An hour and a half later I kept waking up because the blood pressure cuff was inflating and deflating over and over. I was super annoyed and happened to notice that the baby seemed to be having hiccups, and that they felt really low. Then I heard a gurgling sound. I reached underneath the covers and THE BABY WAS LAYING ON THE BED! I screamed for my husband to get help (he ran into the hallway yelling) and immediately our room was flooded with nurses. They came in and started checking the baby. The doctor arrived a few minutes later and seemed to be really mad at the nurse (she was laughing at how crazy it was and he said, “No, it’s embarrassing!”). … I was apparently the talk of L & D for the next few days.” —monchichi

Caught in the Crossfire

“When I was given the epidural, the woman made me lean on my husband while she got everything ready. I guess she flicked the needle and then squirted a little out first, because it went straight into my husband’s eye! She acted like nothing happened. The other nurse freaked out and said, ‘What was in that? What was in that?’ The lady giving the epidural told my nurse it was sterile and no big deal. Then, when she finally tried to give it to me, she poked too far and had to give me a spinal.” —J+O

“My friends went to the hospital late last night and her contractions were 10 minutes apart and she was only 2 cm dilated, so they told her to go home and come back when her contractions were closer together. She spent a miserable night with her contractions only getting to about 8 minutes apart and her water never broke. She was feeling frustrated and uncomfortable so she told her husband to call her midwife. While her husband was on the phone, she felt one really strong contraction and could feel the baby sliding right out! Her midwife heard her screaming and told the husband to call 911. The 911 operator talked her husband through the delivery, which she said took about four minutes. Her superhero hubby was really calm and talked her down and told her everything was going to be fine and that she just needed to push the baby out. He delivered their beautiful baby girl on their mattress and had to tie a shoelace around the umbilical cord. Every paramedic in the state of Michigan" then showed up at her home as she was laying there in her birthday suit with her sweet baby girl in her hands. The 911 operators even called back to check on them and offered to give them a copy of the 911 recording!” —irisheyez7 Husband Narrates His Wife's Home Birth as the Crocodile Hunter and Her Reaction Is Priceless
ADVERTISEMENT
ADVERTISEMENT
Article saved.Go to My Saved Articles
Article removed.
Name added. View Your List