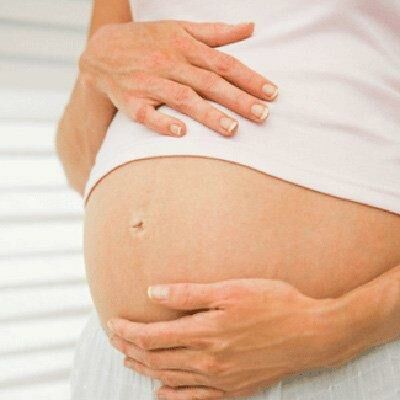 Your labor and delivery might be well on its way to a makeover after a recent study by _The Cochrane Library _found that there’s no need to restrict women’s food and fluid intake during labor. In fact, the research actually supports women eating and drinking as they please while they wait for baby to arrive.

Study co-author Gillian ML Gyte of the Department of Women and Children’s Heath at the University of Liverpool in the UK and a team of researchers pointed out that prior research has shown that though many women in labor don’t feel like eating, in many cultures the notion that women can eat and drink as they see fit during labor and delivery is actually the norm. In the Westernized world, physicians usually restrict women’s fluid and food intake during labor in case a C-section delivery may be needed, in which case  general anesthesia would be needed. But the current study proves that restricting food and drink is no longer necessary. “There should be no hospital policies which restrict fluids and foods in labor; nor should formal guidelines tell women to take specific foods, such as energy drinks,” says Gyte. But where did the restrictions come from if they’re unnecessary?

Gyte and her team found that the restrictions on food and drink grew out of a 1940s study that found that during general anesthesia women run an increased risk of having their stomach contents enter their lungs, which can be dangerous and at times, even life-threatening. However, the research complete in the 40s doesn’t stand true today. C-section are mostly performed using regional anesthesia and safer, modernized general anesthesia techniques work to reduce the risk of aspiration.

In the study, the meta-analysis included five studies with a combined total of 3,130 women. All of the women in the five studies were considered at low-risk for general anesthesia during labor. The researchers compared the effects of food-and-drink restrictions to no restrictions. The results, Gyte says, “Found no difference in the outcomes measured, in terms of the babies’ wellbeing or the likelihood of a woman needing a C-section. There is no evidence of any benefit to restricting what women eat and drink in labor.” Additionally, the researchers emphasize that women in labor have a choice when it comes to food and drink during labor.

So as far as he next steps go, the researchers suggest that studying which nutrient and hydration strategies would be effective for women in labor would give moms-to-be a clearer picture of what choices are healthiest and safest for both their wellbeing and baby’s.

Do you think the option to eat and drink during labor will be beneficial for women?