Why I Chose to Freeze My Eggs

These women took their fertility into their own hands—each for very different reasons. 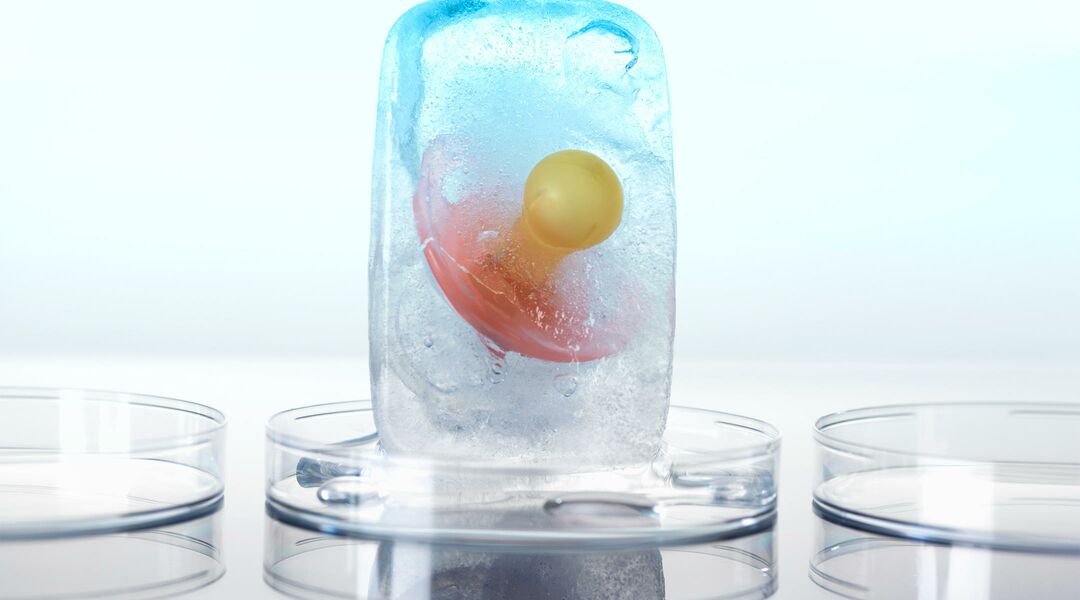 Egg freezing comes with a high price tag and no guarantee, but for more and more women who are putting off pregnancy for one reason or another, it’s worth a shot at becoming a mom on their own terms. Here, three women who took advantage of this new frontier in reproductive independence share their personal stories. And one of them already has her happy ending—an adorable baby boy! 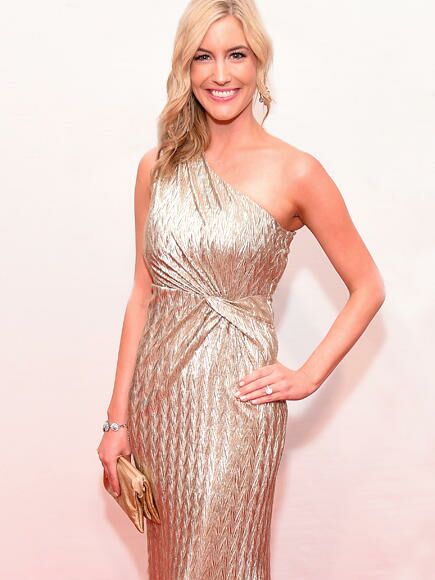 "I wanted to have an insurance policy." —Whitney Bischoff, 30, Chicago, Illinois

You know Whitney Bischoff as the winner of season 19 of The Bachelor, but you may not know that she froze her eggs long before she met Iowa farm boy Chris Soules. Prior to her stint on the ABC reality show, Whitney was working as a fertility nurse at aParent IVF, a successful fertility clinic in the Chicago area that’s been around for more than 30 years. Her job gave her unique insight into what can happen when women wait too long to try to get pregnant. “Over the past seven years, I’ve worked with so many different patients, including ones who had to use donor eggs,” she says. “Those women often said to me, ‘I wish I had known that I could freeze my own eggs.’ ” After one of those patients yet again voiced this regret, a lightbulb went off in her head. Bischoff, who was 27 at the time, had a boyfriend but wasn’t ready to have kids; yet she was well aware she was at the ideal age to freeze her eggs. “I knew that fertility begins to decrease at age 30 and then rapidly declines at age 35, and learning from my patients’ experience helped me decide that I didn’t want to wait any longer,” says Bischoff, who likens her frozen eggs to an insurance policy; the hope is that she’ll never have to use them, but they’re there if she needs them.

“The whole experience was very empowering for me as a woman. Now I know that I will never have to sacrifice having a family or being a mom.”

Bischoff and Soules had talked about starting a family once they were married (Bischoff wants to have four children) before their short-lived engagement ended in May 2015. And while Bischoff isn’t sure what’s ahead for her, she does know she’s glad to have made the choice and investment to freeze her eggs. The moment she did a sense of peace came over her. “The whole experience was very empowering for me as a woman. Now I know I will never have to sacrifice having a family or being a mom,” she says. “It’s a great feeling—it was absolutely worth it!” With the reality show over, Bischoff returned to work at aParent IVF where she says the experience of undergoing oocyte cryopreservation has also been valuable for her career. “It’s great to be able to tell my patients, ‘I’ve been there, and I know what you’re experiencing,’ ” she says. “I love being able to help women make informed decisions for their futures.”

Four years ago, Shana Elson was an attorney—but she had a sweet secret: Her true passion was baking, and she was taking pastry classes on the weekends. When she was 35, she decided to follow her heart, quit her job and enroll in an MBA program at the University of Southern California in Los Angeles so she could start her own customized chocolate business, TopThisChocolate.com. After graduating, she decided to freeze her eggs. “I knew my business was going to take years to grow,” Elson explains. “And I was concerned about finding time to have children, so when a friend told me she was going to freeze her eggs, I realized that was the option I was looking for too.” Elson, who just turned 39, completed two egg-freezing cycles at West Coast Fertility Centers in Orange County, California, while she was 38. “It would have been better if I’d done it several years ago when I was more fertile, but I just didn’t know it was an option,” she says. “I didn’t even consider the idea until my friend told me she had done it. Back then, freezing your eggs wasn’t getting much press.” Plus, at that point Elson was an attorney with no idea she was going to spend a chunk of her reproductive years launching a business. 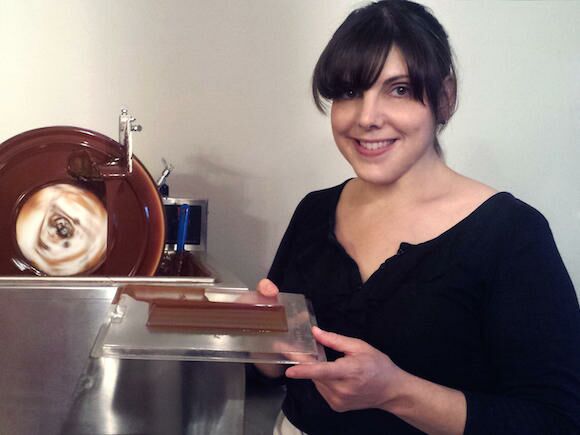 “I tend to be optimistic, so freezing my eggs has enabled me to stop worrying."

On the first round, doctors were only able to harvest five eggs, but fortunately on round two they managed to get 10. Elson knows she would have likely gotten more eggs if she had done the procedure when she was younger. “The problem is my age; I didn’t get enough eggs on rounds one and two to feel really secure,” she explains. “My doctor told me that 15 frozen eggs isn’t enough to rely on if I eventually want to have two kids.” That news has the entrepreneur considering a third round to get more eggs, but whether or not she does, she feels good about her future and is grateful to have those 15 eggs in storage. “I tend to be optimistic, so freezing my eggs has enabled me to stop worrying,” says Elson, who guesses that she might thaw them when she’s 45. “Motherhood is something I really want to enjoy, but at the right time.”

At age 34, Mary Craige was diagnosed with breast cancer—just seven months after giving birth to her first son, Liam. Knowing she wanted more children, and that chemotherapy can leave cancer survivors infertile, the new mom immediately decided to freeze her eggs. Craige visited Shady Grove Fertility Center, a clinic with 22 locations on the East Coast, where she had her eggs harvested and then actually inseminated with her husband’s sperm to create embryos. “We ended up freezing embryos instead of eggs, because that was the best option at the time,” Craige explains. “The science of freezing eggs was not as good as freezing embryos. It’s amazing how much things change in five years!” Since her oncologist said she had to start chemo right away, she was only able to do one round of egg harvesting, but from that one cycle, they were able to create and freeze 10 embryos.

That very same week, Craige’s cancer battle began: a grueling eight months of chemo and radiation, followed by two years of endocrine therapy with a medication called Tamoxifen. Once she was well enough to think about expanding her family, her blood work showed that she was in chemically induced menopause, and a natural pregnancy was nearly impossible. “I was so relieved I had those frozen embryos, because I grew up without siblings and I desperately wanted Liam to have a brother or sister,” Craige says. So nearly three years after she had frozen her embryos, her reproductive endocrinologist thawed all 10 of them—a five-day process that was excruciating for Craige. “This was honestly more stressful than going through cancer,” she says. “I knew those 10 embryos were my only chance at another biological baby.” Each day, she anxiously awaited updates from her doctor. On day three, Craige got word that all 10 embryos had made it through the thaw. Then, on day four, she got some disheartening news: Eight of them had stopped growing, and they wouldn’t know if the remaining two were viable enough until they tried to implant them. “I was a wreck and convinced it wouldn’t work,” Craige remembers. “I cried during the entire process, because my ovaries no longer worked and those two embryos were all we had left.”

“This was honestly more stressful than going through cancer.”

When Craige arrived for the implantation procedure, her doctor recommended that she implant both of the surviving embryos. “He said, ‘We have two embryos, but only one of them looks viable. You could end up with twins or you could end up with nothing,’ ” Craige recalls. Luckily, she ended up pregnant. “My son Gavin is 15 months old now, and he’s perfect,” she says. Mom is thankfully healthy too—she recently hit the five-year cancer-free mark, and now does peer support counseling with young women who are diagnosed with breast cancer. She tells them about Gavin and reminds them that cancer doesn’t have to signal the end of their childbearing years. 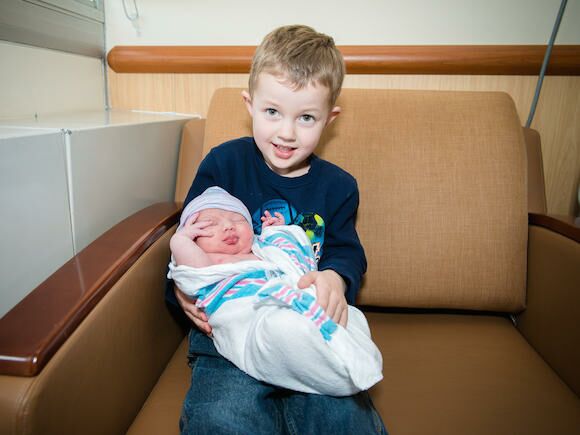