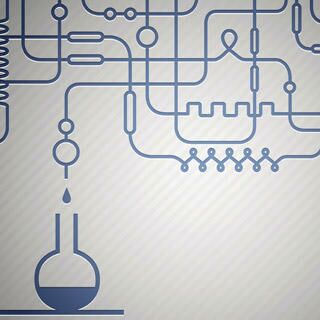 We probably all know someone who’s turned to technology to help her conceive. And the good news is, some new developments in reproductive medicine may mean better pregnancy success rates for people struggling with infertility. “It’s the most exciting time I’ve seen in reproductive medicine,” says Mark P. Leondires, MD, medical director and lead infertility doctor with Reproductive Medicine Associates of Connecticut. “Basically, in the past five years, our field has changed.” These new innovations and breakthroughs are some of the most exciting.

During in vitro fertilization (IVF),  embryos are transferred into a woman’s body, in the hope that at least one will survive the implant into the uterus and result in a successful pregnancy. And now, using CCS, doctors are able to know better which embryos are healthy.

During the CCS process, a biopsy sample is taken from the embryo and then undergoes computer analysis to identify any abnormalities. “The concept behind it is that most embryos we make as human beings are, frankly, not that good,” says Philip E. Chenette, MD, of the Pacific Fertility Center in San Francisco. “At age 20, only about half, and at age 40, only about 20 percent, are healthy. This is about finding the good one.”

Once a healthy embryo is found, doctors can be more confident the IVF will work. (Unhealthy embryos aren’t likely to create a full-term pregnancy.) Plus, with CCS, they’re less likely to recommend that moms have more than one embryo transferred, which can result in a multiples pregnancy — and that’s good, because being  pregnant with twins (or more) heightens a mom-to-be’s risk of complications and raises her babies’ risk of being born prematurely and possibly having health issues.

“It is absolutely amazing stuff,” says Chenette. “Now we’re able to choose that embryo and do a single embryo transfer and get very high implantation rates.” Both Leondires and Chenette say their practices have seen a huge increase in implantation rates since starting CCS — about 70 to 75 percent, whereas without it, it’s about 56 percent.

Traditionally, if you were getting IVF, your doctor would transfer your embryos soon (three to six days) after they were fertilized. But with a new “freezing” process called vitrification, doctors are finding it’s paying off to wait a little bit.

Vitrification changes an embryo’s phase quickly from a liquid to a solid without crystallization, resulting in a higher survival rate than traditional egg freezing. With vitrification, doctors can wait to transfer until a woman’s body is optimal for implantation — the time in her cycle when the uterine lining is ready to go — instead of needing to use extra hormones to stimulate the ovaries. “We strive for normal hormone levels,” says Leondires. “Pregnancy rates may actually be better with frozen embryos than fresh ones, since there is a more normal hormonal environment. Most importantly, this may lead to better pregnancy and fetal outcomes.”

Contributing to the success of embryo freezing, Leondires says, is improved design of the incubators the embryos are stored in. “It used to be that 12 patients’ embryos were cultured and frozen in separate trays of an incubator that looked like a kitchen fridge. Every time the door opened, there would be temperature and gas concentration changes,” he explains. “Now the incubators are smaller, with different areas for each patient — this allows for more environmental control, meaning the embryos are disrupted less.”

But don’t be mistaken — success in fertility treatments isn’t all about fancy lab equipment and computer analysis. “We stress that patients take their multivitamins, have less than four drinks a week (none is preferred), that they don’t smoke and that they stay at a healthy weight,” says Leondires. “All of these things seem to not only improve overall health, but they may also support reproductive health at the DNA and chromosomal levels.” So really,  natural fertility boosters are important too. “We’re just assistants in the fertility journey,” he says of fertility doctors. “Through advanced medical techniques, we are able to put the sperm and egg together, but the rest is really out of our hands.”

In October of 2013, research was released about a new IVF procces called IVA (in vitro activation), which takes an ovary and treats it with proteins and other nutrients to help immature follicles mature into viable eggs, increasing your chances of conception. The process, which was tested on a small-scale sample of women, basically “reawakens” follicles that didn’t develop on their own. So what does it mean for you? Doctors are working toward technology that will help them identify potential issues sooner in the process so you won’t be bogged down by thousands in fertility treatment fees.

How Much Fertility Treatments Really Cost

Stay Sane During the Two-Week Wait

Worst Things to Say to Someone Trying to Conceive