Iron-deficiency anemia may cause learning problems. Here’s how to nip it in the bud. 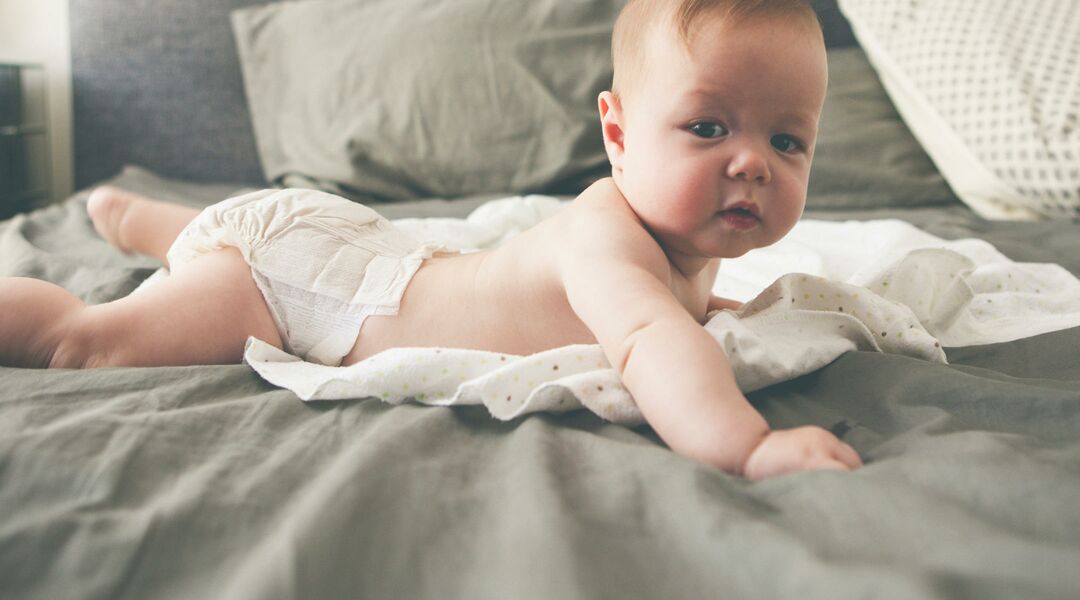 What is iron-deficiency anemia in babies?

Anemia is a shortage of red blood cells in the body. Red blood cells are important because they carry oxygen to the tissues of the body, which need it to function efficiently.

Iron is a mineral that’s important for the development of healthy red blood cells. If baby has iron-deficiency anemia, it means he has too few red blood cells because he has a lack of iron.

Iron-deficiency anemia is particularly concerning in young kids, because iron deficiency has been linked to difficulties with learning and behavior.

What are the symptoms of iron-deficiency anemia in babies?

Most of the time, you won’t notice any symptoms. Symptoms of anemia include pale skin, shortness of breath and fatigue, but those symptoms typically only show up if the anemia is severe.

Are there any tests for iron-deficiency anemia in babies?

Because iron-deficiency anemia is a potentially harmful and easily treatable condition, pediatricians routinely screen for it. Most pediatricians will perform an anemia screening around one year of age. Some will use a finger prick to draw a small blood sample; others will send the child to the lab to have blood drawn. The lab will analyze the number of red blood cells in the sample.

The test is well worth the trouble, says Alanna Levine, MD, a pediatrician at Orangetown Pediatric Associates in Tappan, New York. “A lot of parents say, ‘I don’t want to take my child for blood tests,’ but it’s a simple and quick test, and knowing there’s a problem is important. All parents want their kids to learn to the best of their ability, so a small, little prick is certainly worth it in the grand scheme of things,” Levine says.

How common is iron-deficiency anemia in babies?

How did my baby get iron-deficiency anemia?

When babies are born, they have enough iron stored to get them through the first six months of life. After that, they need to take in iron to keep their iron levels up (so their bodies can keep making great red blood cells!). That’s why pediatricians recommend introducing iron-fortified cereal by six months of age as a great way to get baby to eat more iron.

Today’s infant formulas include iron, so most babies who are drinking adequate amounts of formula (and eating cereal, as appropriate) won’t develop iron-deficiency anemia. Switching to cow’s milk too early — before one year of age — may contribute to the development of iron-deficiency anemia, because cow’s milk is low in iron.
Breast milk is low in iron, too, but the iron in breast milk is readily absorbed and efficiently used by babies.

Premature babies are at an increased risk of developing iron-deficiency anemia.

What’s the best way to treat iron-deficiency anemia in babies?

The best way to treat iron-deficiency anemia is to increase the amount of iron in your child’s diet. If you haven’t started iron-fortified cereal yet, do so now. If your baby is old enough, try adding some high-quality sources of iron, such as pureed or ground meat, into his diet.

Some kids, though, have a hard time eating enough iron, so your pediatrician may prescribe an iron supplement, which typically comes in a liquid form you can drop into baby’s mouth.

What can I do to prevent my baby from getting iron-deficiency anemia?

“Today’s formulas are fortified with iron, so if you have a formula-fed baby, the baby’s iron is probably going to be okay. However, if you have a breastfed baby, I usually recommend supplementing with iron at four months,” Levine says.

What do other moms do when their babies have iron-deficiency anemia?

“Just found out that my daughter is [iron-deficiency anemic] and will be starting her on the iron supplements today… I feel a little guilty about it since she’s a huge milk drinker and maybe it could’ve been prevented if I pushed harder to get her to eat [more solids].”

“My son was diagnosed with this at his one-year checkup. We put him on a multivitamin for three months, and when we went back for his 15-month checkup, they told me that his iron levels were great and that he didn’t need to have the vitamin every day.”

“My son tested low [for iron] at his nine-month appointment, and we spent the next six months giving him Fer-In-Sol and having his blood tested every six weeks. Finally, we had to see a hematologist because while his levels were coming up, they weren’t quite matching the norm. The specialist said that there’s a small percentage of children who just have slightly lower levels, and once they get older, they grow out of it. Our son has now been categorized in that population, and we’ll have to have him tested again when he’s two years old.”

Are there any other resources for iron-deficiency anemia in babies?