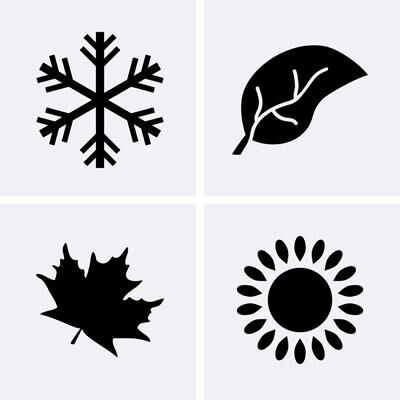 A recent study by the American Journal of Obstetrics & Gynecology concluded that sperm is affected by the seasons! According to the research, “Seasonal sperm pattern seems to be a circannual-rhythmic phenomenon. The winter and spring semen patterns are compatible with increased fecundability and may be a plausible explanation of the peak number of deliveries during the fall.” But to us common folk, it means this:  your partner’s sperm are healthiest in the winter and spring.

Data was collected and analyzed 6/455 semen samples from men at their fertility clinic between January 2006 and July 2009. From the men studied, 4,960 were found to have normal sperm production and 1,495 had abnormal production (like lower sperm counts). From the information collected, researchers found sperm in the greatest numbers (with the fastest swimming speeds, to boot!) in the semen made during the winter, with a steady decline in the quality from spring on. Lead researcher Eliahu Levitas from Ben-Gurion University of the Negev in Beer-Sheva said, “The winter and spring semen patterns are compatible with increased fecundability and may be a plausible explanation of the peak number of deliveries during the fall.”

The new knowledge may “be of paramount importance, especially in couples with male-related infertility struggling with unsuccessful and prolonged fertility treatments.”

Because it takes approximately 70 days for the body to produce a sperm cell, the researchers in the study found that men with a normal sperm production had the healthiest sperm in the winter. These men (with normal production) produced about 70 million sperm per millimeter of semen during the winter, with 5% of the sperm having a “fast” swimming speed (a faster swimming speed improves your chances of getting pregnant!). Alternatively, men (again, with normal production) produced 68 million sperm per milliliter in the spring, with only 3% of sperm swimming at a “fast” speed.

Here’s where the line blurs:

For gentlemen struggling with an abnormal sperm production, this pattern doesn’t hold true. These gents showed a trend toward “fast” swimming speeds during the fall and made the largest percentage of normal shaped sperm (7% of men) during the spring.

Researchers found that, “Based on our results the (normal) semen will perform better in winter, whereas infertility cases related to low sperm counts should be encouraged to choose spring and fall.” Regardless of what the research says about strong sperm, one fact remains true: Edmund Sabanegh (a urologist who was not involved with the new research) said, “We would continue to encourage them to try regardless of the season, and they may benefit from interventions or treatments.” With that in mind — first one to the bedroom wins!

When did you conceive?