“What I Never Told Anyone About Getting Pregnant”

Maybe you’ve timed sex (to the minute!), became a cervical mucus expert, or endured years of infertility treatments before seeing a big fat positive. No matter what you did (or how long you did it), these brave new mom confessions will prove — you’re not alone. 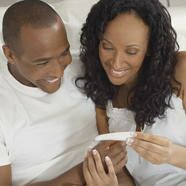 “We tried so hard for so long that I started doing all kinds of ridiculous things after we had sex. I did headstands (to keep the sperm in position!), drank Fertiliea, rubbed every pregnant woman’s belly I knew (just for the good juju!) and tried every sex position known to man. I was pretty much the crazy lady with alarms set on my phone telling me when to have sex.” — _Leslie B.* _

“I had my  charting calendar up on our refrigerator, sort of like chore chart. Looking back on it now, it was totally unnecessary for me to keep it there, but at the time, all I wanted was to be on top of every aspect of getting pregnant. My ‘charting chart’ was my way of keeping it in the forefront of our minds” — Rose B.

“When I was ovulating, I would text my husband at work that my ‘naughty’ friend was in town and really wanted to see him. It was my secret way of saying that he better get his butt home after work!” — Alexandra B.

“I bought every book I could get my hands on and read everything ever written about cervical mucus. My friends thought I was disgusting because I would constantly ask them to compare!” — Marie T.

“We got pregnant with our first born on the first try, but getting lucky twice was harder than it seemed. It took five years before I got pregnant again. I used to yell, ‘Honey, it’s time!’ whenever I was ovulating — and I was horrified when my three-year-old daughter started saying it too. Of course, she didn’t know what it meant, but when I saw her playing with her dolls and repeating what she’d heard me say, I couldn’t help but laugh. It was totally unintentional!” — _Kristen V. _

How defeated you’ll feel when it doesn’t happen

“I don’t think anyone could have prepared me for how low I would feel when I took a pregnancy test and it came back negative. I couldn’t help but feel like a failure; it was like a punch in the stomach.” — Heather M.

“Maybe this was naïve of me, but I never thought we wouldn’t get pregnant on the first try. I’m the type of person where things just happen naturally, so to see the ‘negative’ staring back definitely knocked the wind out of me.” — _Katelyn W. _

“We had three  miscarriages before getting pregnant. I thought after the first one happened we would finally get our miracle, but it turns out it was the fourth try that stuck.” — Josie D.

“A close friend of mine and I were trying around the same time and it was so great to have a support system in place… until she got pregnant and I didn’t. I thought I would be jealous, but I was more ashamed: What was she doing right that I was doing wrong? Was there something I forgot? I felt so embarrassed.” — Elyse R.

“I never told my partner this but I would cry in the shower after every negative. I told him I just needed a hot shower to ‘unwind’ when really, I was mourning the baby that wouldn’t be ours.” — Vivian R.

“My husband and I were on our way to meet with an  adoption agency when my doctor called with positive IVF news. We never told anyone about the adoption.” — _Tiffany S. _

“A year after my husband and I started trying, my little sister got pregnant for the first time — on the first try. I know she didn’t do it to hurt me but I couldn’t help but feel this overwhelming jealousy toward her when she told me. I’m just thankful she told me separately before announcing to the family. I think I would have cried!” — _Christine A. _

“I never thought I would be a jealous person, but when you want something so badly, I guess it just happens. I could never tell my best friend this, but when she called to tell me she was pregnant, I lied to get off the phone; I didn’t want her to hear my tears.” — Lily G.

How hard getting pregnant really is

“Looking back, I want to hug my innocent little self; I thought I knew everything. But when the doctor told me that I had unexplained infertility, I was taken back, for sure. I just kept asking him ‘What do you mean, there’s no reason?’ I thought if this was happening to me there had to be a good reason.” — Hailey E.

“I never told anyone that four years of infertility treatments cost us nearly all of our savings. We wanted to be parents so badly that we were willing to pay whatever we could. Looking back, it was worth it, no questions about it.” — Marisa C.

“Getting pregnant takes patience — and I wasn’t a very patient person. But three years and countless  IVF cycles later, I knew what patience really meant. We waited so long for a positive. I felt like it was my reward for learning to be patient.” — Stefanie G.

“I always thought it would be easy. Like, ‘hey! We forgot to use a condom — and now we’re pregnant!’ But after countless charts, ovulation predictors, infertility treatments, tests, doctor’s visits, fertility specialists, acupuncture and one miscarriage, I realized how difficult it was to make a baby. It shocked me.” — Vicky M.

_*Some names have been changed. _