6 Possible Labor Complications and How They're Treated

Many labor complications sound worse than they are. We explain six of the most common and how your doctor will manage them. 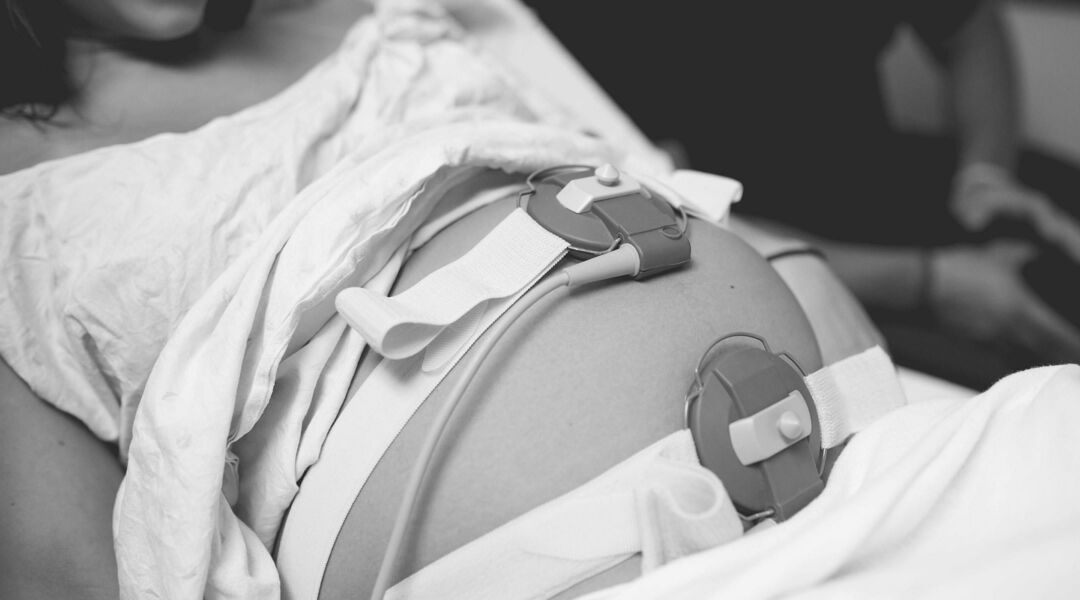 We all know giving birth isn’t going to be like it is on TV dramas: Your water breaks; you gasp and exclaim, “she’s coming!” Then, lipstick refreshed, you cradle your newborn as your handsome husband looks on. But hopefully it isn’t going to be fodder for reality TV, either, with a swarm of doctors sprinting into the delivery room, shouting, “Get the NICU team, STAT! We’ve got a quadruple nuchal and need a cold-knife section!” More than likely, it’ll be somewhere between the two. However your labor story unfolds, being educated helps. Below are six possible labor complications, along with a breakdown of what the lingo really means and how doctors will likely manage the situation.

What it means: The umbilical cord is wrapped around baby’s neck. Two times around is a “double nuchal.”

Frequency: It happens in up to 37 percent of births.

Likely remedies: “A nuchal cord doesn’t necessarily mean baby is in danger,” says Nanci Levine, MD, an OB at Montefiore Medical Center in Westchester, New York. “Even if it sometimes causes baby’s heart rate to go down, a nuchal cord doesn’t have to be serious. But if you have a contraction and baby’s heart rate doesn’t go back up, the cord may be too tight, and that could mean baby is having problems.”

If baby experiences a decreased heart rate for an extended time, doctors will likely want the mother to deliver quickly, says Leslie Goldstone-Orly, MD, an OB at Bridgeport Hospital at Yale-New Haven in Bridgeport, Connecticut. If the mother is unable to push baby out, forceps or a vacuum extractor (a soft suction cup placed on baby’s head) may be used to assist baby down the canal. “If baby is too high or the mother isn’t adequately dilated, a c-section might be necessary,” Goldstone-Orly says.

What it means: Baby’s head is too big to pass through the mother’s pelvis, resulting in a “failure to progress.”

Frequency: It’s thought to be rare, but the condition is hard to quantify, because you’re never sure if it’s a true CPD or a failure to progress for other reasons—for example, if the mother stops dilating, or baby isn’t moving down due to undetermined causes.

Likely remedies: Failure to progress is the single most common cause for a c-section, though you may be given the drug Pitocin to induce contractions first, Levine says. There’s no accurate way to predict CPD prior to labor. “You can measure the mom’s pelvis by feeling it, but that’s unreliable,” Goldstone-Orly says. However, exercising during pregnancy and keeping your weight gain within recommended limits can diminish your chances of developing gestational diabetes, thereby reducing the risk of a large baby, she adds.

What it means: Meconium (a black, tarry substance in baby’s intestines, essentially baby’s first stools) has seeped into the amniotic fluid, which baby has then inhaled. This can block baby’s small airways and cause breathing complications.

Frequency: More common in babies a week or more overdue, meconium is passed into the amniotic fluid in about 10 percent of births. Of these, approximately 5 percent of babies develop MAS.

Likely remedies: If meconium is spotted, your doctor or midwife will clear it from the baby’s nose and mouth at birth. If baby has inhaled it, she’ll go to intensive care for observation. While some infants with MAS need to be put on a breathing machine, the condition often improves within a few days. “Most babies do fine and just need a little breathing support,” Goldstone-Orly says.

What it means: The placenta is covering the mom’s cervix, effectively blocking baby’s exit route.

Frequency: Placenta previa affects about 1 in 200 pregnant women in the third trimester. If it’s detected earlier in pregnancy, it’ll most likely resolve on its own and isn’t a problem. In one study, 90 percent of women had their placenta previa clear up by 32 weeks of pregnancy, and 96 percent by 36 weeks.

Likely remedies: If the placenta is covering the cervix at 36 weeks, a c-section will likely be scheduled, Goldstone-Orly says. “If the mother is bleeding vaginally, however, she should have a c-section immediately because there can be significant blood loss,” she adds.

What it means: Instead of the head pointing toward the birth canal, baby is positioned in the uterus with the head up and bottom down, or feet first.

Frequency: It’s rare, occuring in about 4 percent of births.

Likely remedies: Some doctors and midwives say elevating your hips above your heart by getting on all fours, then lowering yourself onto your forearms, encourages baby to turn. At 37 to 38 weeks, some doctors try an external version—turning baby manually by applying pressure to the mother’s abdomen. If that doesn’t work, or baby flips back, the doctor can try again or schedule a c-section. Very few OBs will attempt a vaginal delivery for fear baby’s head will get stuck in the birth canal.

What it means: “‘Fetal distress’ is an older, vague term that OBs don’t generally use anymore,” Levine says. “If you do hear it, ask for specifics.” The term often has to do with the fetal heart rate; it’s assumed baby is in some kind of peril when the heart rate is slow, for example, or doesn’t return to normal following a contraction.

Likely remedies: If the woman’s cervix is fully dilated and baby’s head is low, your practitioner might use forceps or a vacuum extractor to deliver baby quickly. Otherwise, a c-section may be necessary.