10 Things You Do That Your Non-Mom Friends Hate

Becoming a mom is a game changer for sure. Without a doubt, one of the biggest transformations — besides your bra size, maybe — happens among your friends. New moms are notoriously (and justifiably!) baby-obsessed, a state that can bug the crap out of your child-free pals. Here, the top 10 things you might accidentally be doing to annoy the pre-breeders around you, with tips for keeping the irritation to a minimum. 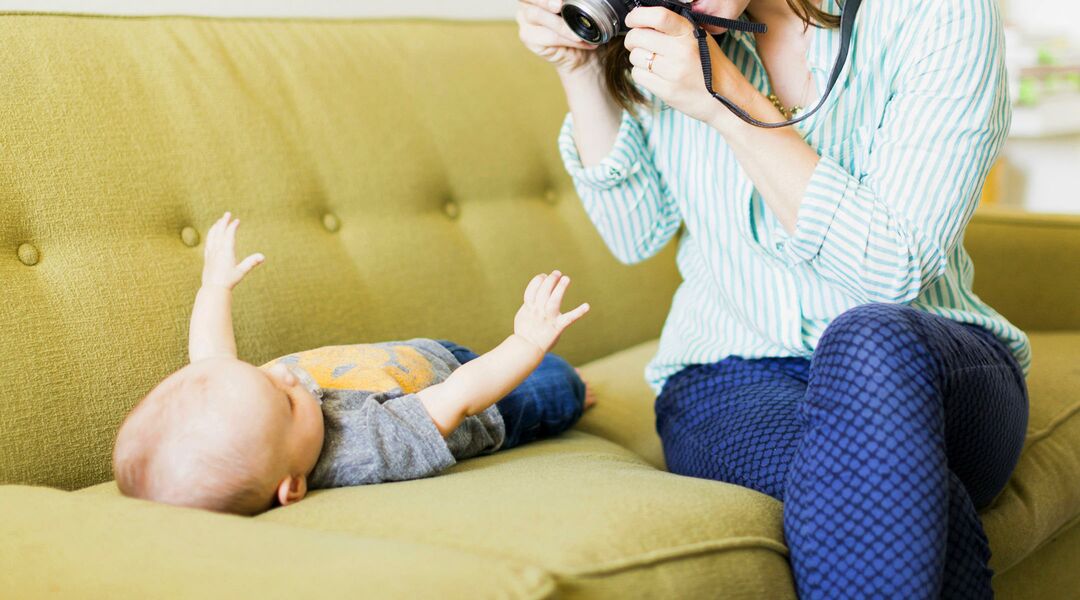 1. Oversharing. You survived the marathon of pregnancy and delivery, and you’re proud of it. Still, lots of people who haven’t pushed another human being out of their most intimate of orifices would prefer never to hear terms like “mucus plug,” “episiotomy” or “placenta” in casual conversation, says my friend Tawna. Save the clinical talk for your mommy group and stick to less-graphic terms when your freewheeling friends do ask about the birth.

2. Abusing basic kindness. Here’s something that may be hard to hear: Not everyone who asks to hold the baby _actually wants to hold the baby — _at least not for hours at a stretch. As desperate as you may be to get a break, if you repeatedly take advantage of your friends’ offers to bounce the baby and then sneak off to take a luxurious two-hour bubble bath or comb the mall for the afternoon, they eventually will stop offering.

3. Putting your baby on the phone. “Please don’t ask me to talk to your infant on the phone,” says Katie. “I can understand a toddler who can actually talk, but I doubt a two-week-old will have anything interesting to say.” It’s not that your friends aren’t interested in your offspring — they just aren’t quite as riveted by every gurgle and coo as you are.

4. Making disgusting requests. “I was at a restaurant with a good friend and her baby,” recalls Kristin. “She handed him over and said, ‘I think he needs a bath. Do his neck rolls smell?’ Please don’t ask me to smell your baby.” Similarly, don’t ask her to analyze his poop, wipe the spit-up off your back or give your bottled breast milk the “whiff” test. If she’d like to help with any of those things, she’ll let you know.

5. Complaining constantly. Nobody’s saying that being a mom isn’t hard, but chances are you _chose _this diaper-lined path — and regularly lamenting how tough your new role is doesn’t just make you sound bratty, it can make you appear smug and superior. Also, “You don’t need to remind us every 10 minutes that girls’ nights, book club, camping trips and date nights are off-limits now because parenting is such an important responsibility,” adds Tawna.

6. Pretending to pay attention. All moms are guilty of it: trying to have a conversation and discipline a toddler at the same time. According to Sara, that scenario looks a lot like this: “'Yeah, that sucks that he dumped you, but EMILY, PUT YOUR BROTHER DOWN…I’m sorry, I’m totally listening. Being dumped sucks, but you know EMILY, I MEAN IT! STOP HITTING YOUR BROTHER! But at least you’ve only been dating for five years EMILY, DON’T MAKE ME COME IN THERE…What? Oh, no — now’s a fine time!’ Just call me back for God’s sake. I don’t mind!”

7. Turning Facebook into Babybook. The baby drank six whole ounces! Then she burped! Here’s her post-burp smile! Now she’s napping! While you might argue that your kid-free friends’ timelines are no less tedious, the truth is, nobody needs a minute-by-minute recap of your little bundle’s every breath. Post a few cute pictures (we know it’s hard to be discriminating, but try) and be done with it.

8. Acting superior. Yes, you had a baby — which means statements like, “You’d understand if you were a parent,” might seem totally legit. Still, says Summer, they can sting, especially if you use them out of context. And even after your best friend has kids of her own, maybe she _won’t _be the sort to bail on a girls’ night out because her baby has a 99-degree fever.

9. Making assumptions. Quit asking your baby-free friends if they’re “trying” (to conceive, that is). We know, there’s probably not an ounce of malice in the question — after all, you just want them to experience the same joy that you have. But it could be considered pushy or presumptuous. “Not everyone is Fertile Myrtle,” says Trisha. As hard as it may be, assume that your buddy will share the glorious news when there’s glorious news to be shared, and until then, keep your mouth shut about it.

10. Bringing the baby anywhere and everywhere. Of course you want to show off your stunning spawn — but not all events and activities are appropriate for little ones (beer garden? martini night? the wedding your baby was not invited to?). Plus, you deserve some grown-up girl time. For sanity’s sake, every once in a while you need to hand baby to dad, hire a sitter or enlist grandma’s services for a few hours and go be your old, fun, fabulous self. Your friendships need that too.

7 Surprising (and Sweet!) Things About Being a Mom