5 Honest Realizations I’ve Had Since Becoming A Mom 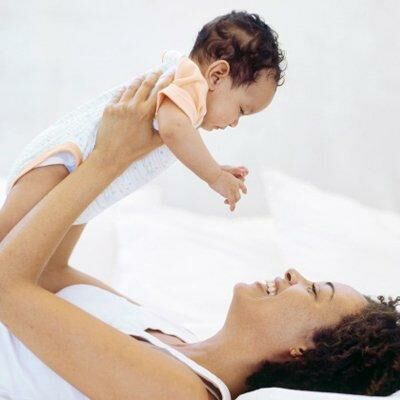 There was a moment shortly after I brought my first child home from the hospital when I found myself lying on the bed, sobbing. What had I DONE, bringing a BABY into this world?

It had suddenly occurred to me that we lived in Baltimore, a city with one of the highest murder rates in the country, the setting for TV’s gritty crime dramas Homicide: Life on the Street and The Wire. I see now that my mini-breakdown was par for the course for a hormone-crazed, sleep-deprived new mom. But it sticks with me as the moment it sunk in that nothing is ever the same after you have a baby. Here are 5 things I’ve realized — both good and bad — since I became a mom:

1. Everyone was someone’s baby once. That homeless guy on the corner? The rude, pierced teenager? Your bitchy boss? They were all tiny, innocent babies once. This knowledge is both mind-blowing and terrifying, but it also makes you at least a teensy bit more compassionate towards the meanies.

2. Danger is everywhere. That first ride home from the hospital was more terrifying than any roller-coaster I’ve ever been on. Was the car seat installed right? Was my husband paying attention to the road? Why was everyone driving so FAST? For the rest of your life, you will never again hear about something bad happening to a child and not think, “That could have been my baby.”

3. Opting out is no longer an option. Babies don’t exactly allow you to say, “This world is crazy. I’m going to bed with some Ben & Jerry’s and Us Weekly for the rest of my life.” You are in charge of another person now. You have no choice but to get up and get on with it, and that’s a good thing.

4. You can’t help yourself from helping. I believe parents in general and moms in particular are biologically predisposed to help. You can’t see a person suffering, especially a child, and not do anything about it. So many of the stories emerging from the horrific Boston Marathon bombings are about the helpers, the people who rushed TOWARD the injured. So many of the families who lost children in the Newtown School shooting have channeled their grief into helping others and making the world a better place.

5. There really is more good in the world than bad. No, you can’t protect your child from anything bad ever happening to him. But you can try to be a good person, and raise good people. Nicole Hockley, whose 6-year-old son Dylan was killed in Newtown, told People magazine, “I’ve seen the worst the world has to offer and I’ve seen the best. From what I’ve seen, the good outweighs the bad.”

You’ve probably got a small, sticky, sweet-smelling example of that right there at home. Hug them tight.

What have you learned since becoming a mom?