Am I Crazy for Wanting Two Under Two? 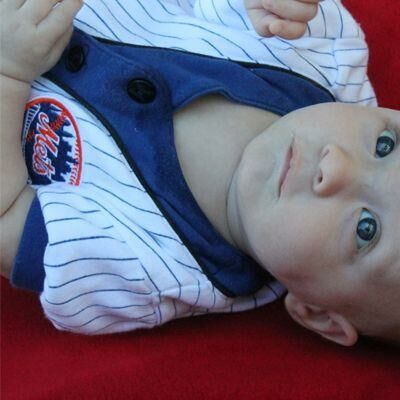 For some women, I only need to say one thing and they’ll think I’m crazy. That thing?  I want ‘two under two’ — yes, that is two children, both under the age of two. They’d label me certifiably insane if they knew that I had secretly wanted ‘two under one’! But I did and still do.

My husband and I want to have a large family — at least four kids. Growing up, I envisioned having four children someday, but I didn’t picture was being almost 33 when my first child was born. Before I entered mommyhood, I had thought two or three years would be the perfect gap between children. But now, I don’t have the luxury of waiting. Time is not on my side. If we are to have the large-ish family that I’ve always wanted, I can’t really afford that kind of wait between pregnancies.

So we’re trying again! Yes, this mom of a four-month-old is actively trying to get pregnant again — with the blessing of my doctor. Am I crazy? Quite possibly. But when I dream of my future family, I see several backpacks by the door. I see bunk beds. I see brothers on the same Little League team. I see sisters playing dress up. I see games of tag and hide and seek in the backyard. I see Big Brother reading to Little Sister. I see a once-in-a-lifetime trip to Disney World when the kids are all old enough. I see multiple sets of feet in our bed during thunderstorms.

Am I in for some hard years? Undoubtedly. I’m in for season after season of sleepless nights. I should buy diapers by the truck load. I might as well plan on hosing down the kitchen floor after each meal. And I know my beloved little sedan’s days are numbered. But I also believe that as tough as some moments will be, I also know that I’m in for great times. Fantastic times! There is nothing like hearing a child’s first laugh or seeing him smile at you, helping him learn how to walk and how to read, seeing the world open up before him and teaching him to love others — including his siblings.

While others think I’m crazy for wanting all that, I think I’d be crazy not to want more of this!

How do you balance the number of children you want and the age gap that you’d like between kids?