Actress, photographer, and mommy of two, Anne Joyce tells us how to get through the tough times of breastfeeding and why she's glad she kept going. 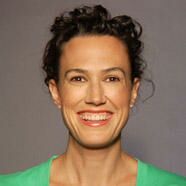 TB: Did you have any fears about breastfeeding before you started?

TB: Did you have any difficulties breastfeeding either child?

AJ: I had difficulties, yes. I had mastitis with both. I remember feeling this huge fever and this ache and thinking, ‘What is wrong? What is happening?’ And I realized it was mastitis and that the best thing to do was just breastfeed through it. Although it hurt — I’m not gonna lie — it totally cleared it up. My doctor just kept saying breastfeed, breastfeed, breastfeed. That will be what pulls you through the mastitis, and she was right. It worked.

TB: Did anyone pressure you to stop during all that?

AJ: You know, I was lucky. I didn’t have too many people make me feel like I was breastfeeding too long, or that I should stop. Most of my family and friends were supportive.

TB: What kept you going?

AJ: For me, breast feeding was —  it sounds so cliché — but it was just such a bond. When they would be feeding and they’d start to give me a little tickle under my arm, and I was just like, ‘This is heaven.’ I’m giving my baby what it needs. It’s great.

TB: So despite the difficulties, you were happy you did it?

AJ: My overall feeling about breast feeding is I am so happy that that has been a part of my life. I am so happy that I experienced what that is, that I know how it feels, that I know the connection, that I can say that my children got the best start to life, that they’re healthy. We’ve had practically no ear infections. And it makes me feel good, because as a mother you have plenty of guilt. So to feel like you’ve done something good for them is a fantastic feeling.

TB: Enough of the serious stuff. Any funny stories from breastfeeding?

AJ: Well, because I’m quite flat-chested, I loved how big my boobs got. For Halloween, I decided to dress up as a French maid. I got the biggest push-up bra I could find, and they were like a platter! Oh, another one: I was breastfeeding in front of a friend, and it squirted all over her face. So some friends and I decided to see how far my breast milk would go. We stood at the window and shot it out. Everyone put bets on how far they thought it would go. It didn’t go as far as we thought, but it did actually kind of shoot out. We had good times.