Ask the Pediatrician: Should Baby Get a Flu Shot? 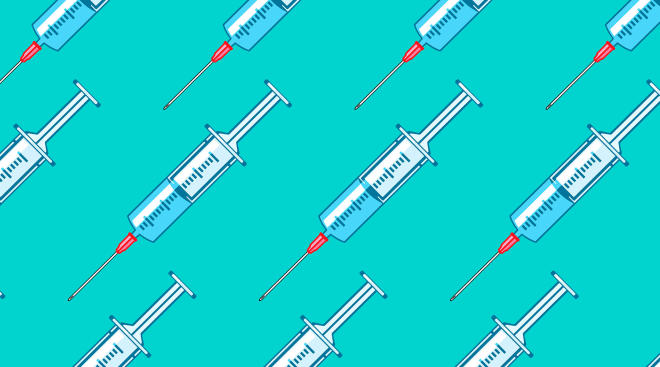 Meet Dina DiMaggio, MD, and Anthony F. Porto MD, MPH, official spokespeople for the American Academy of Pediatrics and the co-authors of The Pediatrician’s Guide to Feeding Babies and Toddlers. Each month, they’ll write about the latest AAP guidelines, studies and seasonal issues affecting babies and toddlers. Follow them on Instagram @pediatriciansguide.

Summer is nearly over and kids are returning to school. Though it may seem too early to start thinking about colder weather and the flu season, it is important that every child 6 months and older receive the flu vaccine as soon as it is available, even in early September, and ideally by the end of October.

Who Needs a Flu Shot?

The American Academy of Pediatrics (AAP) recommends the flu vaccine for kids and adults alike because the virus can cause serious complications, ranging from dehydration to pneumonia. It’s especially important for pregnant women and children who have a higher risk of flu-related complications, such as children born premature, those who have asthma and other lung illnesses, heart disease, diabetes, weakened immune systems, and other chronic medical conditions.

The flu vaccine is the only way to significantly decrease a child’s risk for severe influenza and death. Last year, more than 100 US children died of the flu, and thousands more were hospitalized. More than 80 percent of children who died of influenza were not vaccinated.

Are There Side Effects?

There are very few and mild side effects associated with the flu vaccine. The most common is pain or tenderness where the shot was given. Other mild symptoms can include nausea, headache, muscle aches and chills. Some children under 2 years of age may get a fever within 24 hours of getting the shot, but this does not usually occur in older children.

All these potential side effects are much milder than getting the flu. The flu shot is made up of killed or weakened viruses and does not contain a live virus, and therefore cannot cause the flu.

Dina works as a board certified pediatrician at Pediatric Associates of NYC and at NYU Langone Medical Center. She has received numerous research awards, along with Patient’s Choice award, compassionate doctor recognition and was featured in the New York Times Magazine as a Super Doctors and New York Rising Star. She is dedicated to educating parents on baby and toddler nutrition and gives talks to parent groups throughout New York.

Anthony is a board certified pediatrician and board certified pediatric gastroenterologist. He is an Associate Professor of Pediatrics and Associate Clinical Chief of Pediatric Gastroenterology at Yale University. He has won numerous awards including the Norman J. Siegel Award at Yale University for leadership and providing outstanding clinical care as well as Physician of the Year during his time at Morgan Stanley Children’s Hospital. He has been named Castle Connolly Top Doctors since 2012. Anthony is interested in nutrition, especially in the care of children with difficulty gaining weight, feeding issues, and celiac disease. He loves teaching and educating parents and gives lectures to parents throughout New York and Connecticut.