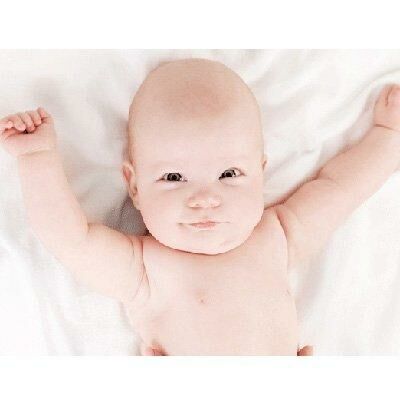 New research published in the journal PLOS Genetics found that handedness in babies is decided long before they’re ever born!

Scientists at the Universities of Oxford, St. Andrews, Bristol and the Max Plank Institute in Nijmegen, the Netherlands revealed that a network of genes are likely associated with establishing left- or right-handed preferences in embryos. Previous theories focused on the role of hormones as cause for the handedness bias as well as which thumb babies would use to suck on in the womb, but the research completed claims otherwise.

The scientists conducted a genome-wide association study that compared a wide array of genetic differences in right- and left-handed people across four different population groups. They found that variants in the gene PCSK6 contributes to handedness determination. Here’s how the gene works: It’s intimately involved in turning a spherical ball of equally oriented cells into an embryo that has discernible left and right sides. When the gene was studied in mice, they found that defects in the PCSK6 gene caused organs to be misplaced in a mouse’s body. By but studying the genome in humans, they found that the influence of the gene appears to determine handedness (also known as relative dexterity) a greater level.

The findings lay the framework for the argument that there is a genetic component to handedness and researchers involved stress that the genes may only be a part of what determines a baby to be right- or left-handed. Researchers also pointed out that there is equally solid evidence supporting the fact that the training and behavior may also have an influence on whether someone favors their left or right hand. Which basically means that the researchers understand nurture does play a role in the bias but the influence of nature cannot be ignored, either.

Do you think baby was a righty or a lefty before he was born?