Bumpies spill on giving in to messy faces, picky eaters, and more... 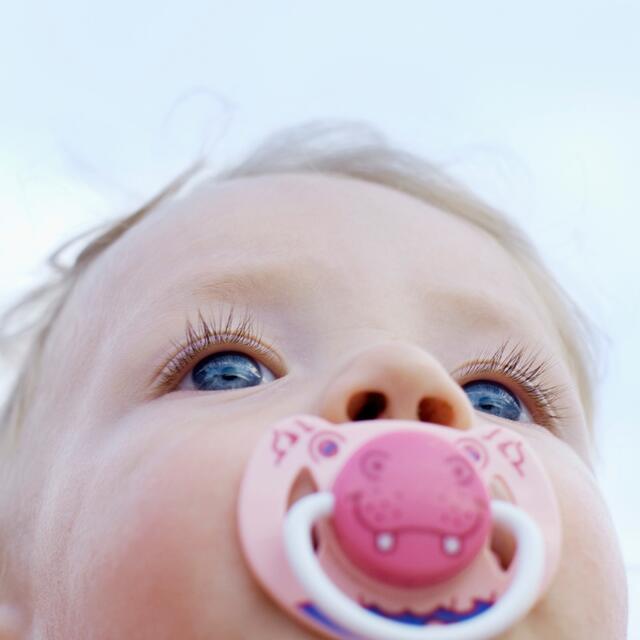 Jen was never — NOT EVER — going to let her child sleep in bed with her. And the woman next door yelling at her toddlers? Clearly the meanest mom in the world. Then there’s Kate, who’d never have a living room full of toys (“Why would such a tiny person need that much stuff anyway?”) or spend big chunks of dough on baby clothes that would only fit for a few months. This, of course, was before Jen and Kate had children of their own.

Fast-forward to parenthood…and…you guessed it: Jen’s baby wouldn’t sleep a wink without physical contact. “Desperate times call for desperate measures,” she says, admitting to snoozing with an infant on her chest. And two years later, she knows what that neighbor was going through. “I mean, I never thought I’d have to tell my child not to drink out of a puddle…more than once…every time it rains. They just make you crazy!” And Kate? Yeah, her house is flooded with tiny basketballs and singing Elmos, and she’s battling a serious addiction to J.Crew’s Crewcuts line. “I can’t help it!” she swears.

Hey, it happens. Apparently, babies can do funny things to a girl’s convictions. We asked Bumpies to spill some of their stories:

“…smell her butt in the middle of a crowded grocery store and exclaim, ‘Did you poop? I think you pooped!’” —lizzyjames

“…bribe my kid with food, but sometimes Puffs go a long way to making a happy home.” —ironmommy

“…become a short-order cook. Our son was going to eat what we eat, or he wouldn’t eat at all.” —Agrippa

“…put my kids in character clothes…but my daughter is sporting her Disney princess jammies that Santa brought her.” —championmama

“…give our kid a pacifier…he ended up getting one while he was still in the hospital.” —Sept17.05Bride

“…take my daughter out with her hair or face a mess.” —MrsStubbs

.”…breastfeed past a year, but we now have no plans of stopping soon. It’s surprisingly not weird to me to breastfeed a walking, wild toddler with a mouth full of teeth. Who knew?” —Bride2bMO

“…prop a bottle. And I still give the side eye to parents with just one infant who do this. But with twins, sometimes you don’t have a choice.” —leslie13510

“…let my son watch TV until he was at least two years old, but when you have to be at work at 7:30 a.m. and you find yourself running late, you get desperate!” —Rah

“…let him have animal crackers for supper. Whoops!” —r9stedt

The Truth
Clearly, the realities of sleepless nights and frustrated kiddos can put a few kinks in your parenting plans. What’s happening here? “I didn’t realize how strong my baby’s personality would be until we had him,” admits Jennifer, mom to two-year-old Cameron. “But I do think you need to have an idea of the kind of parent you want to be. You need a discipline structure. I have that.” And she doesn’t think that structure disappears when she lets him run around the table at a restaurant or bribes him with a vanilla wafer. In her opinion, this doesn’t make her weak — it makes her smart. “Some things aren’t worth fighting over. You just have to pick your battles. I know I’m winning the war.” In other words, it’s all about compromise. Better to have a safe, healthy, kind kid than one who has a gold star on their chart for never using a pacifier, right? As Bumpie neesernicole says, “It’s rarely the things we worry about that really matter in the long run.”