I Shouldn’t Have Brought My Child to Your Cocktail Party 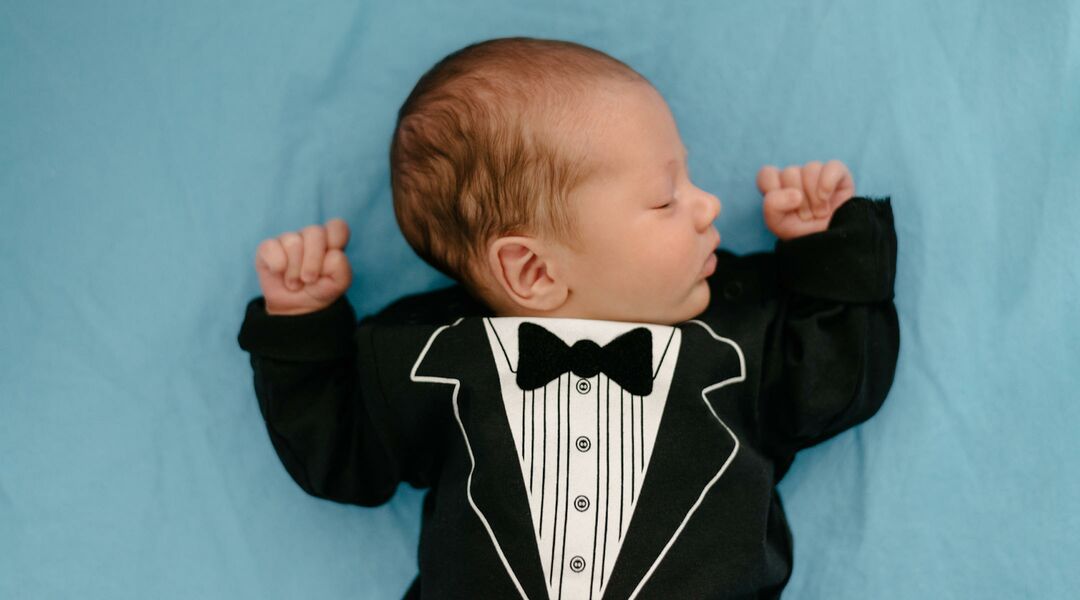 The following story, “I Shouldn’t Have Brought My Toddler To Your Cocktail Party” by Alyssa Shelasky was originally published on Boomdash.

I’ve always identified as one. I like to think my lack of neurosis makes my daughter light-hearted and cool.

Last night, however, it only made us jerks.

Here’s what happened. I was co-hosting a cocktail party with some friends, and I could not get a sitter. It wasn’t a party I could skip in good conscious, and I was out of options. So I brought my daughter, Hazel.

Because…who doesn’t love an 18-month-old in a Zara frock?

I’ll tell you who: literally anyone trying to have a glass of wine and an adult conversation, surrounded by glimmering candles, great art, and meaningful things from around the globe.

The party was at my friend’s gorgeous apartment in Chelsea. I asked permission to bring Hazel in advance, and my friend, a Great Hostess, said, “Fun!”

Of course, asking permission doesn’t make everything okay…it doesn’t make it a good idea. Though “Fun!” is what I told myself as I piled the two of us into an UberPool at 6:00 pm, half an hour shy of Hazel’s bedtime.

We arrived at the party unfashionably early. The apartment looked exquisite. Velvet-upholstery-and-crystal-goblets exquisite. I’ve been to her place before but, Jesus, it never looked this beautiful—and breakable.

Hazel busted right in. “Hiiiiiiii,” she said in her little squirrel voice. Adorable. She helped Great Hostess with some final preparations. Precious. She ate some radishes and Chèvre and called them her “num-nums.” Aw. She said please (“peas”) and thank you (“tank ya”) and called everyone, “Babyyyy.”

And then Great Hostess went to light the votive candles, but not before asking if I was okay with that. And because I’m soooo wild-hearted and whimsy, I said, “No probs, Lady.”

Here’s another word to describe me in that moment: STUPID. It only took 30 seconds and a near catastrophe to realize that I put my daughter in danger. What was I thinking?

So when Great Hostess wasn’t looking, I blew out all the votives and ditched them in unreachable locations. And so began a long night of moving, hiding, shifting, and destroying the evidence of, well, freakin’ everything.

I deeply regretted bringing her. I wanted to socialize. There was an editor there whom I’ve tried to write for, forever—there was never a minute to approach him, but Hazel did cuddle his lower thigh. My best friend showed up from LA and I had hoped to introduce her to work contacts. But it was impossible. My head throbbed. There was prosciutto in my bra - and I don’t eat pork.

So I pulled the ol’ Irish exit, and got us out of there STAT. I didn’t thank Great Hostess. I didn’t Instagram the Georgetown Cupcakes—which my girlfriends, the owners, sent over as a favor. I didn’t clean up the stinky cheese that was smeared on the plush couch or the cashews that were sprinkled in the slippers. I bounced.

Uberpool couldn’t come soon enough. And that was another saga.

My mother likes to remind me how well behaved my sister and I were. And it’s true, we were. But we weren’t toddlers trying to hang with New York sophisticates way past our bedtimes. We weren’t waiting on UberPool in itchy tights after a full day of baby Jazz and rainy playgrounds with no afternoon nap. We were probably, like, six, eating challah French toast and watching Care Bears.

What I’m saying is, none of this was Hazel’s fault…it was all mine.

All I can do is learn from my mistakes. There’s a nice way to balance chill and responsible. And most of the time, I walk that line. But no more slipping up. It’s not “fun!” The only thing that matters, ever, is my daughter’s well-being—and while exposing her to an electrifying livelihood is certainty a gift, so is a 100% safe environment.

I texted my best friend from LA this morning: “Do you think anyone from that party will ever speak to me again?” A second later, she wrote back, “What are you talking about? Hazel was the life of the party. You handle motherhood with such grace.”

We beat ourselves up as moms. We are tired and overwhelmed and sometimes we feel things that aren’t real. We think everyone hates us. We think we’re screwing it all up. We think we need to back up the truck, and do it all over. And then again. More rules. Less rules. Be smarter. Stonger. Softer. Wiser. Better.

I still want to tighten up my game. And I still regret bringing Hazel to the party. But mostly, I wish I drank the Champagne.