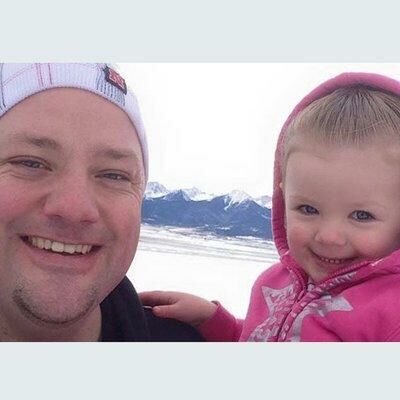 Greg Wickherst was a single dad who couldn’t put his two-year-old’s hair in a ponytail. So he did what any resourceful parent would do: he called in a top-notch cosmetologist.

Wickerherst, 39, is an admissions officer at a trader school in Pueblo, Colo. He contacted the supervisor of the cosmetology program for a little help, who set him up with one of her best students.

“She said, ‘Okay, this is how you do a ponytail and then from that, you can braid the ponytail and do a simple braid, or you can wrap it around and do a simple bun. Here’s how to do a French braid, here’s how to do a fishtail braid,’” Wickherst told TODAY. “She just showed me all these different styles and so I went home and just started practicing.”

In about a month, his skills were good enough to warrant a Facebook album, aptly named " Izzy’s Hair Styles." And he’s become pretty creative; his favorite style is putting Izzy’s bangs in a ponytail and making that part of a larger ponytail. But he’s tackled more intimidating styles too, from braided buns to cornrows. These impressive skills aside, Wickherst doesn’t quite understand why he’s in the spotlight.

“I think it’s silly that a dad is getting attention for showing interest in his daughter’s hair. I really do,” he says. "But on the other hand, I am tired of dads being portrayed as idiots, on the commercials and on TV, where moms get all the credit. So if this shows that yes, dads can be a good parent, then I’m all for it.”

He has a point. And it’s the same point the Super Bowl (sorry, #DaddyBowl) commercials seemed to make last weekend. The media is offering a new definition of masculinity to better match up with how more and more dads reportedly really see themselves — as prominent caregivers.

Gender stereotypes aside, these hairstyles are impressive. Izzy might just be the first girl whose dad does her hair for prom.

A Guide to Starting a Family Through Platonic Co-Parenting
Article saved.Go to My Saved Articles
Article removed.